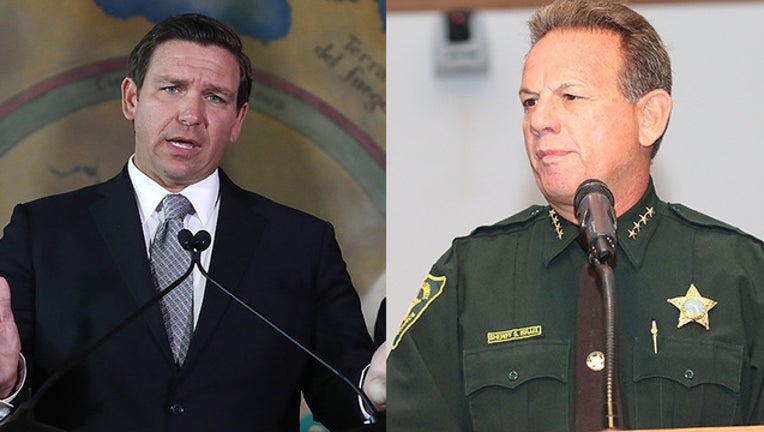 TALLAHASSEE, Fla. - Former Broward County Sheriff Scott Israel is asking a federal judge to reverse his ouster from office, arguing the Florida Senate deprived him of due process and fairness.

Gov. Ron DeSantis suspended Israel in January, leading Israel to appeal to the Senate, which has the power to remove or reinstate elected officials. Senators during a special session in October ignored the recommendations of a special master and upheld Israel’s ouster. But in a 32-page federal complaint filed Friday, Israel’s lawyer, Benedict Kuehne, argued that the Republican-dominated Senate unfairly changed rules to ensure that Israel would be removed.

“These legislative proceedings ignored and rejected due process principles of notice and an opportunity to be heard by changing the legislative rules … once it became apparent to the Senate legislative majority that the governor had failed to present facts supporting his suspension decision,” Kuehne wrote in the lawsuit filed in federal court in Tallahassee.

Special Master Dudley Goodlette, appointed by Senate President Bill Galvano to preside over Israel’s case, had found that DeSantis’ lawyers failed to provide evidence to support Israel’s ouster. Kuehne argued that the governor’s lawyers during an October Senate Rules Committee hearing wrongly introduced “new information that had never been presented.” The “changing rules” was “just an inkling of the constitutional deprivations that permeated this removal process,” he wrote.  “In sum and substance, the suspension and removal proceedings were little more than a sham and mockery of fairness and due process, thereby subverting the will of the voters of Broward County who elected Sheriff Israel to a four-year term expiring in November 2020.”

DeSantis made Israel’s ouster one of his first acts after taking office in January. The Republican governor blamed Israel for the deaths of 17 people during last year’s mass shooting at Marjory Stoneman Douglas High School in Parkland.

DeSantis also accused Israel and his office of mishandling a mass shooting at Fort Lauderdale-Hollywood International Airport in 2017, in which five people died. The lawsuit asks a federal judge to order Israel be returned to office or to order the Senate and DeSantis “to satisfy the constitutional requirements of due process in connection with executive efforts to suspend him from office and legislative review of a suspension.”