Provided video gives a closer look at the 555.55-carat black diamond, called "the Enigma," which will be auctioned in February 2022.

A pear-shaped diamond that appears to be wider than a human thumb is going up for auction — and it’s projected to be worth tens of millions of dollars.

The auction is titled Geneva Magnificent Jewels, and it will be a part of the British auction house’s larger "Luxury Week" sales event. 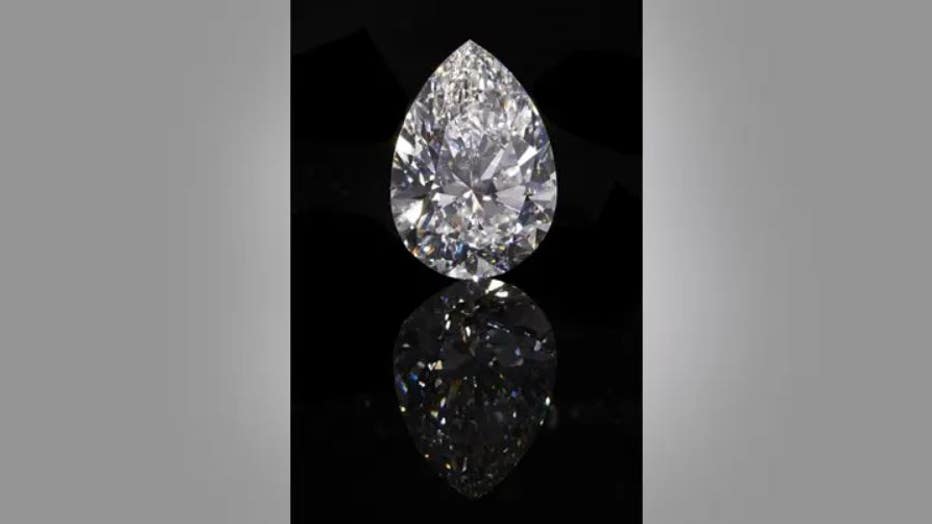 Christie’s estimates The Rock’s value is between $20 million and $30 million.

The rare gemstone was mined and polished in South Africa more than 20 years ago and is reportedly the largest white diamond ever to appear for sale at auction, Christie’s claims.

"The Rock will join the very best of legendary gemstones which have passed through Christie’s global salerooms since 1766," said Rahul Kadakia, head of jewelry at Christie’s International, in a statement.

He continued, "The market for diamonds is particularly vibrant, and we are confident that this sensational gemstone will capture the attention of collectors across the globe this spring season." 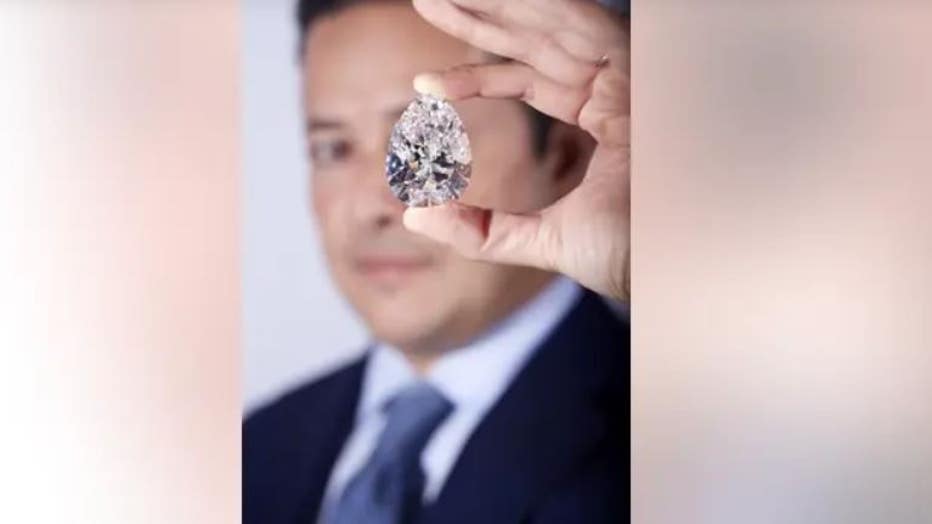 The 228.31-carat pear-shaped diamond that Christie's is putting up for auction appears to be wider than a human thumb. (Christie’s Images Ltd. 2022)

Before the auction, the diamond will be displayed for viewing at different Christie’s show houses around the world.

First, it will be displayed at Christie’s Dubai from March 26 to March 29; then it will make pit stops in Taipei and at Rockefeller Plaza in New York City from April 29 to May 1.

During Christie’s Luxury week, the diamond will be displayed at the Four Seasons Hotel des Bergues Geneva from May 6 to May 11.

BLACK DIAMOND BELIEVED TO BE FROM OUTER SPACE COULD FETCH $6.8M AT AUCTION: ‘EXCEPTIONALLY RARE’

The Rock has been graded by the Gemmological Institute of America (GIA). An authentication letter from the gem institute and lab comes with the diamond. 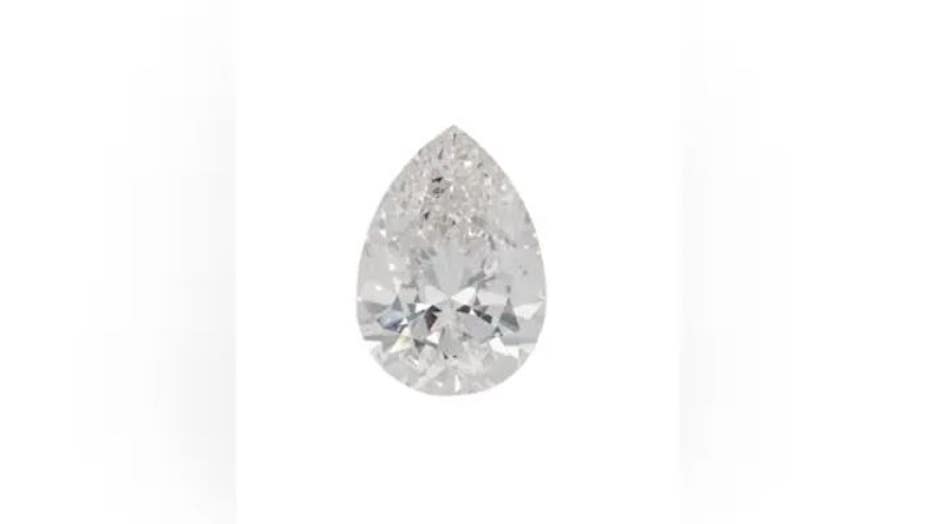 White diamonds are considered rare and Christie's estimates the 228.31-carat pear-shaped gem it's putting up for auction could be worth up to $30 million. (Christie’s Images Ltd. 2022)

Christie’s prior white diamond auction record was a rectangular cut-cornered stone that weighed about 163.41 carats, which sold for $33.7 million in November 2017.

Unlike other diamonds on the market, white diamonds "can range from colorless (like a drop of pure water) to having tints of light yellow, light brown or gray," according to the GIA’s website.

"The rarity, and therefore the value, of these diamonds is based in part on how closely they approach colorlessness."