A tree trimmer died after falling into a chipper in Menlo Park on Tuesday afternoon, according to police.

MENLO PARK, Calif. - A tree-trimmer was killed after he fell into a chipper at a work site in Menlo Park Tuesday afternoon, authorities said.

The Menlo Park Police Department said the industrial accident happened around 12:50 p.m. in the 900 block of Peggy Lane.

Authorities have not determined how the landscaper fell into the chipper.

"When police units arrived on scene, a male subject was found deceased from injuries sustained from the incident," the police department said in a news release.

A worker with a tree-trimming service was killed after he was "consumed" by a chipper at a work site in Menlo Park Tuesday afternoon, authorities said.

The victim worked for the arboricultural firm S.P. McClenahan, a division of Bartlett Tree Experts.

On Wednesday the County of San Mateo County Coroner's Office identified the victim as Jesus Contreras-Benitez, 47, of Redwood City.

Coworkers declined to talk about the victim.

Officials from the Menlo Park Fire Department and the state Occupational Safety and Health Administration were also part of the investigation. 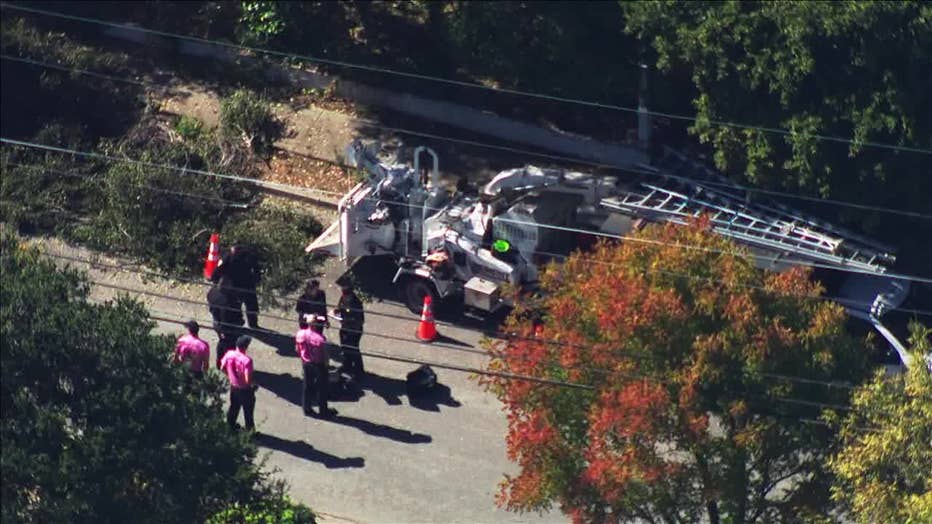 A worker was killed by somehow falling into a wood chipper in Menlo Park on Oct. 11, 2022.