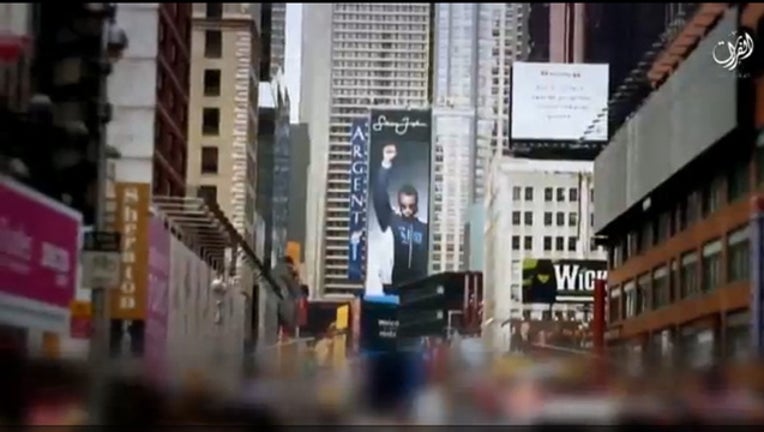 An NYPD spokesman says in a statement issued Wednesday some of the video footage is old but the video reaffirms the message the city remains a top terrorist target. He says the police department will remain vigilant and continue to work with the FBI and the intelligence community.

The NYPD says it will continue to deploy additional counter terrorism teams throughout the city.

Democratic Mayor Bill de Blasio says the city won't be intimidated. He says people should continue to live their lives and "enjoy the greatest city in the world."