The side of a pond near a busy street in Winter Garden is covered in salmon-colored pods.

The side of a pond near a busy street in Winter Garden is covered in salmon-colored pods.

One person nearby tells FOX 35 she's seen them before on Lake Apopka.

To others, they're completely foreign. 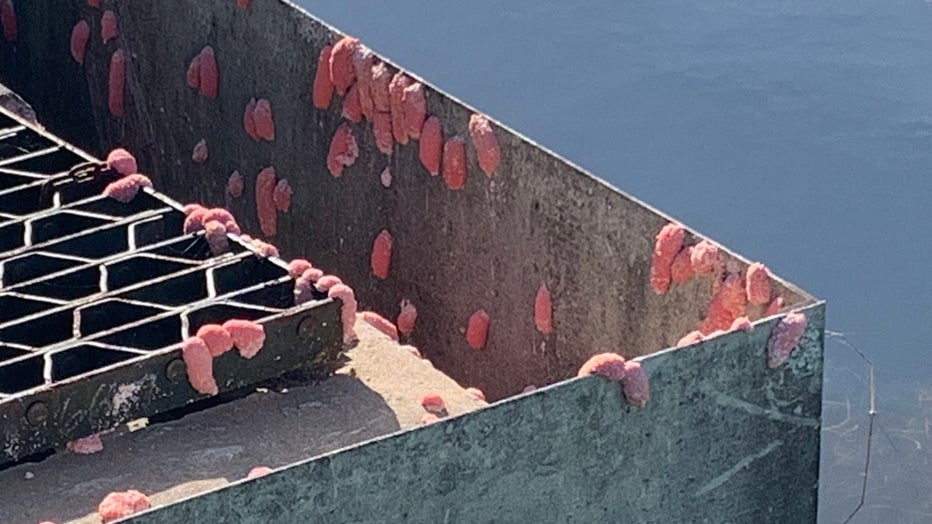 "They’re ugly and nasty looking," said Jessica Dykes, who had never seen them. "I don’t think I want them around me."

That could be because they're not from here.

The blobs are actually clusters of eggs that grow into apple snails.

Some are native to Florida, but one expert tells FOX 35 the pink-colored eggs tell her they're an exotic invasive species. 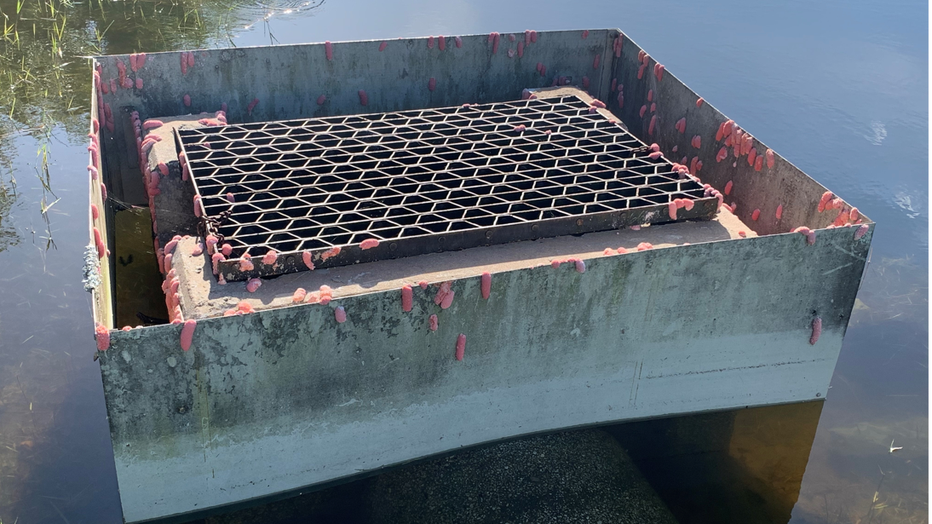 "Florida is the perfect place for them because we just have the optimal weather for them to thrive," said Jessica Hartman, who sells apple snails in her exotic pet store and says they're originally from South America and could be wiping out native snails.

The Florida Fish and Wildlife Conservation Commission's website says some can damage crops, destroy other vegetation and alter aquatic ecosystems.

One type of apple snail is listed as one of the 100 world's worst invasive species. Hartman says her best advice would be to destroy the pink eggs.

She tells FOX 35 the snails might have come partly from irresponsible pet owners letting them go, and others could come from international trade.