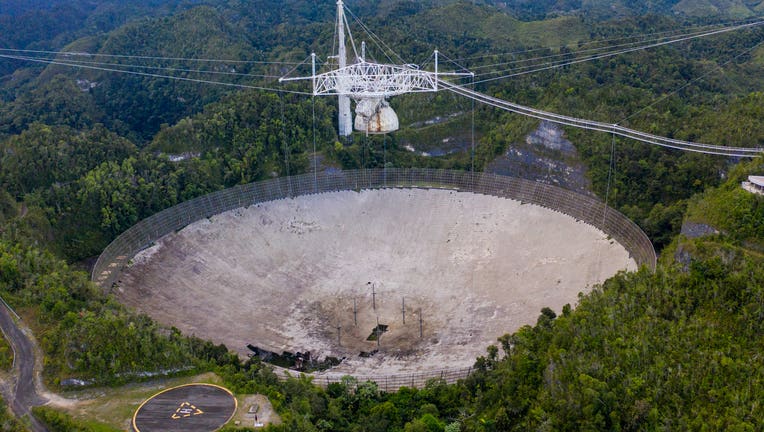 The Arecibo Observatory had been shuttered since August after an auxiliary cable snapped and caused a 100-foot gash on the reflector dish. Then a main cable broke in early November, leading the National Science Foundation to declare just weeks later that it planned to close the radio telescope because the damage was too great.

Many scientists and Puerto Ricans mourned the news, with some tearing up during interviews.

It is the second-largest radio telescope in the world and had been operating for more than half a century. The University of Central Florida (UCF) manages the facility under a cooperative agreement with Universidad Ana G. Méndez and Yang Enterprises Inc. for the U.S. National Science Foundation.

Arecibo is reportedly also home to a team that runs the Planetary Radar Project supported by NASA’s Near-Earth Object Observations Program in NASA’s Planetary Defense Coordination Office through a grant awarded to UCF.