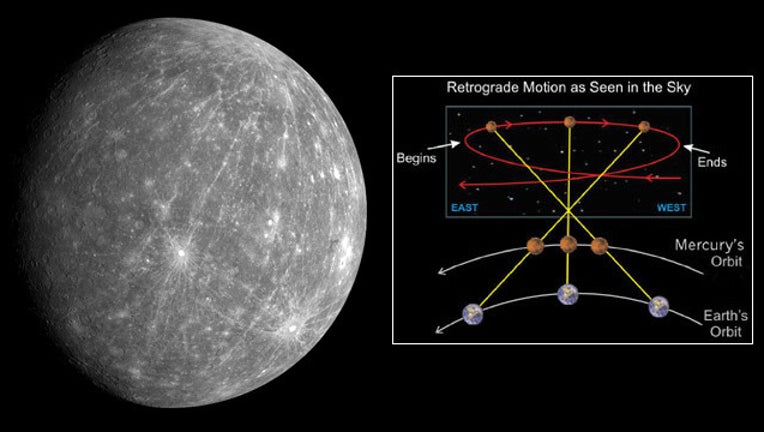 LOS ANGELES, CA (FOX 11) - HOORAY! Mercury is no longer in retrograde! Does it feel like it's been a crazy few weeks? Some believe Mercury's backwards path in our night sky has been affecting our lives lately. So we can all relax -- at least for now.

If you don't know astrology, the phrase "Mercury is in retrograde" may sound strange to you. Retrograde motion is when a planet appears to be traveling backward in the sky from the perspective here on Earth. Since the Earth and Mercury travel at different speeds around the sun, sometimes Mercury appears to travel backwards. Mercury takes 88 days to travel once around the sun, and Earth takes 365 days.

This time was traditionally associated with confusions, delay and frustration. All the planets have retrograde periods, but Mercury is the most famous one, because Mercury rules communication. Some people believe that everything goes haywire -- missing appointments, computer crashes, lost checks, even cars that are purchased end up being lemons!

It's typically not a time to make important decisions in life and just let this time pass as best you can.

Mercury was in retrograde three times already in 2016, and one more retrograde event will happen as we welcome in 2017:

The Old Farmer's Almanac says the type of influence retrograde has on you depends on which of the 12 zodiac signs the planet is in when Mercury goes retrograde. To find out how much it influences you, check this chart here.