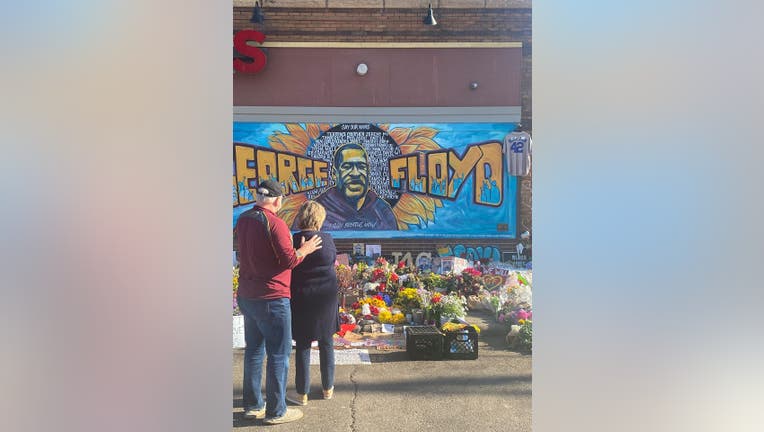 MINNEAPOLIS (FOX 9) - Minnesota Gov. Tim Walz made an unannounced visit to the memorial for George Floyd in south Minneapolis on Wednesday morning, his first time seeing the site where Floyd died.

Walz, dressed in casual clothing and a face mask, stopped to do an interview with a CNN reporter. The reporter, Omar Jimenez, was the same journalist that the Minnesota State Patrol arrested while on live television during last week's unrest, and Walz offered Jimenez a personal apology. 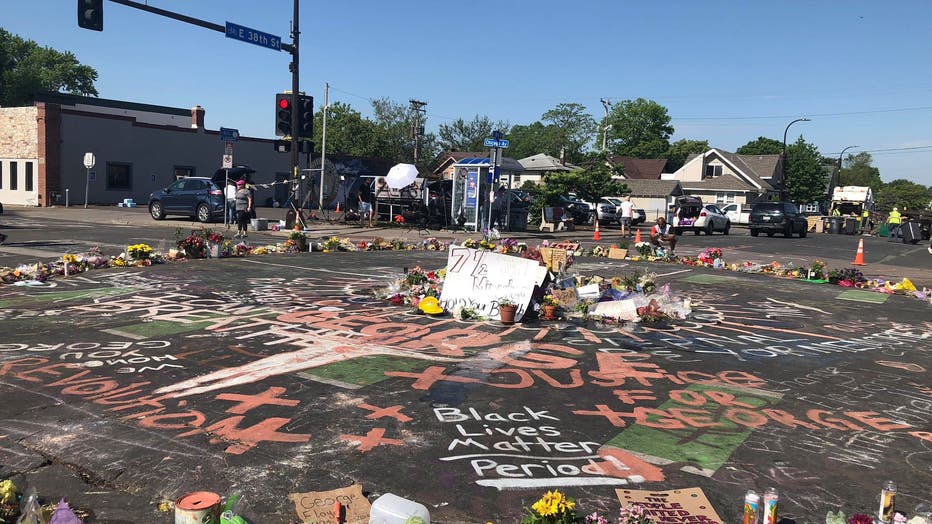 A tribute to George Floyd sits at the intersection where he was arrested by Minneapolis police on May 25.

Walz said he wanted to be at the memorial, located at 38th Street and Chicago Avenue, early in the day to "personally and viscerally feel this."

The Minnesota Department of Human Rights launched a civil rights investigation into the Minneapolis Police Department after the death of George Floyd.

"I don't think we get another chance to fix this in the country. I really don't," Walz said in the CNN interview. "This is going to have to be that change we look for."

The event was not on Walz's daily schedule, which was released late Tuesday and did not include any events until a noon phone call with other governors.

Walz has faced criticism in the past for not providing information about his schedule. Last year, he pledged to release a limited view of his public and private events for each day.

Floyd died after now-fired Minneapolis police officer Derek Chauvin held him to the ground for nearly nine minutes by pressing his knee against Floyd's neck. Chauvin has been charged with third-degree murder and second-degree manslaughter. Three other officers have been fired but have yet to be criminally charged.

Floyd's death sparked four nights of unrest in Minneapolis, and the disorder at times spread to St. Paul. Dozens of buildings were burned and many stores were looted, forcing Walz to fully activate the Minnesota National Guard for the first time since World War II.

Tuesday, the Walz administration launched an unprecedented civil rights investigation of the Minneapolis Police Department. The state Department of Human Rights plans to look back 10 years for evidence of systemic discrimination against black residents.