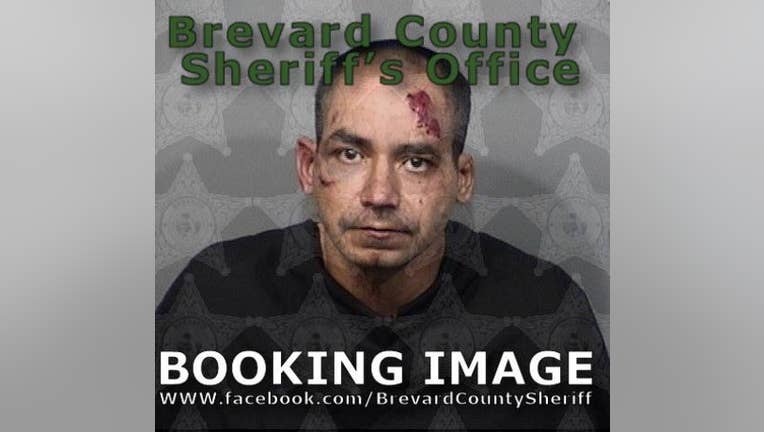 TITUSVILLE, Fla. - The Titusville Police Department say they were forced to tackle a man who was trespassing at an elementary school.

According to police, Jesus Marrero was spotted behind the school building near a dumpster at Southlake Elementary School. When the school resource officer approached him, police say the man began to walk away.

As the officer told him to stop, they say Marrero began to walk away faster. That's when the officer grabbed his arm and says Marrero tried to pull away and "take an aggressive stance at me."

The officer was forced to tackle him to the ground. While trying to handcuff him, police say Marrero kept fighting, swinging his arms and kicking the officer.

Another officer showed up and after a brief struggle, they were able to get Marrero in handcuffs.

Police say Marrero is not a school employee or a parent of a child on campus.