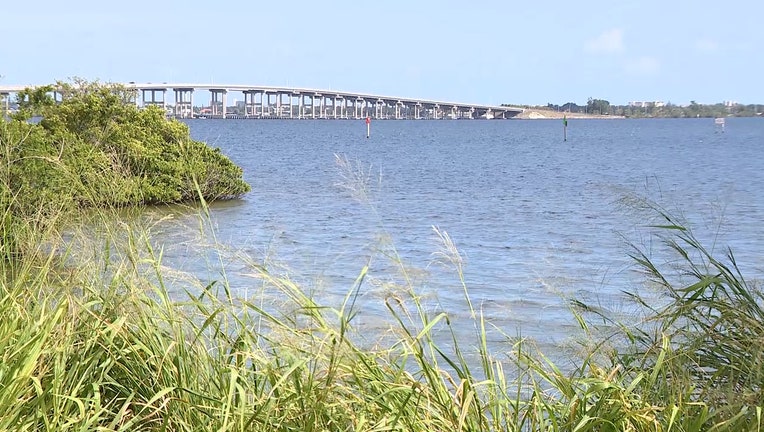 TALLAHASSEE, Fla. - A request for $50 million in tax dollars to help stop raw sewage from flowing into the Indian River Lagoon along Florida’s East Coast started moving forward Wednesday in the state House.

The House Agriculture & Natural Resources Appropriations Subcommittee backed a measure (HB 2053) by Brevard County Republican Randy Fine that would create a matching-grant program for water-quality projects to help clean up the lagoon.

Fine’s request, filed for the upcoming 2020 legislative session, would direct general-fund money to the Department of Environmental Protection, which would oversee the grant program.

Fine said he would support proposals to pay for lagoon projects by dedicating money that voters approved in a 2014 constitutional amendment aimed at boosting land and water conservation. That would be similar to the way lawmakers have directed recurring money to projects involving springs, the Everglades, Lake Okeechobee and Lake Apopka, with the funds coming from a portion of a real-estate tax.

“That was tried last year, and it couldn’t get traction,” Fine said after the meeting. “I think there are multiple ways to skin the cat. And would I prefer that method, with recurring, of course I would. But I’d rather have half a loaf than no loaf.”

His proposal said the money would be for Brevard County. But Fine said it also would be available for Martin, St. Lucie, Indian River and Volusia counties, as the lagoon runs about 150 miles from north of the Jupiter Inlet to the Ponce de Leon Inlet.

Most of the lagoon is in Brevard County.

The lagoon is considered vital to property values, tourism, jobs, recreation and business relocations in the region.

Rep. Thad Altman, an Indialantic Republican who is co-sponsoring the legislation, said the lagoon has been overlooked as attention has focused on toxic blue-green algae blooms that have fouled waterways to the south along both coasts and in Lake Okeechobee.

“What we have in the Indian River Lagoon is something that is even more insidious, and that’s the brown algae,” Altman said. “Brown algae can happen any time of the year. It’s not episodic. It’s not necessarily tied to any rain or discharge event. It’s literally, it’s just lurking. It’s pretty much nutrient-based, just like the green algae. The septic tanks, the runoff, the sewer spills, we’ve had numerous sewer spills from our municipal systems.”

In his proposal, Fine described the river’s current condition as triggering fish kills and pointed to “high concentrations of cancer cases in beachside communities near Patrick Air Force Base, which some contend is caused by chemicals in the water.”

The proposal would set aside $3 million to plan and design the projects.

Along with the Indian River Lagoon proposal, the House panel Wednesday also signed off on a series of other proposed projects as the 2020 session gets ready to start in January.

Fine’s proposal was easily the largest, but other examples included $3.25 million for a berm providing flood relief along Boggy Creek at Pasco-Hernando State College (HB 2015) and $5 million for the Historic Fort Meade Peace River Park Outpost, a more than 400-acre site along the Peace River that is planned to include camping, cabins, RV sites, multi-purpose trails, an equestrian center, stables and a boat ramp (HB 2127).

Rep. Melony Bell, R-Fort Meade, said the $10 million park outpost project, which has local matching tourist-development dollars already lined up, has been in the works for at least five years but has been unable to advance.

“This will be a shot in the arm for this community and Polk County,” Bell said.

The proposals to help pay for local projects were among the first to be heard out of 189 already filed in the House as of Wednesday morning, with a potential overall tab of almost $256 million.

In the Senate, 19 such proposals had been filed as of Wednesday morning, seeking a total of $22.4 million.

Most proposals never got heard. Still, nearly 600 proposals, worth a combined $400 million, were approved by the Legislature.

Gov. Ron DeSantis eliminated more than 160 of the member projects as part of $131 million in vetoes from this year’s budget.

Going into the 2020 session, House Appropriations Chairman Rep. Travis Cummings, R-Fleming Island, has expressed a need for fiscal “restraint” as state economists have forecast an economic slowdown that will result in Florida bringing in about $867 million less in revenue over two years than previously projected.