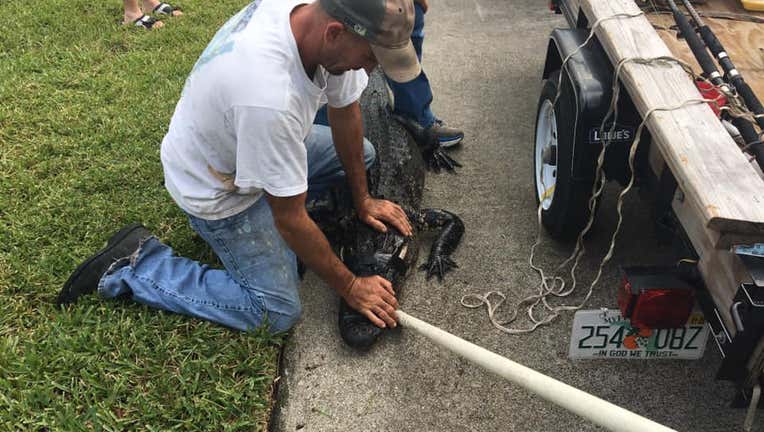 "This 8-foot gator was captured and trapped after he grabbed, killed and consumed a neighborhood dog," the sheriff's office wrote on Facebook after a dog was killed in Indiantown. "This is the second dog killed by an alligator in that area in the last few weeks."

Deputies say because of breeding season and heavy rain, alligators are moving around on land and can be very aggressive.

Along with pets, they say parents should also keep an eye on their children while outdoors if you live near water, including retention ponds.

"Also, you should never feed alligators. Not only is it illegal, but by doing so, gators lose fear of humans and become more of a danger to people and pets."

WPTV reports that 12 dogs have been attacked by alligators in Martin County this year.