The CDC is considering requiring coronavirus testing before flying domestically.

ORLANDO, Fla. - If you book a domestic flight, you may have to book a COVID-19 test too.

Transportation Secretary Pete Buttigieg said in an interview with Axios that there’s an "active conversation" happening to require tests for domestic flights.

The CDC is reportedly considering mandating a negative result before people can hop on a plane and travel within the U.S.

Right now, tests are only required for international travelers.

"When people are not on an aircraft, they can socially distance more effectively," said Dr. David Aronoff, of Vanderbilt University Medical Center.

Infectious disease experts say the move could help slow the spread, especially as new variants of the virus circulate in the states. 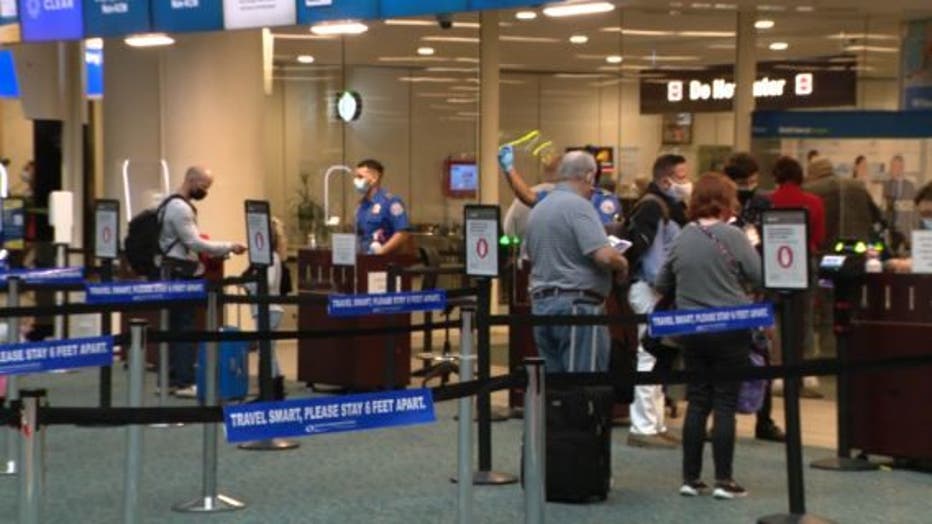 "Obviously, we are increasingly able to test people relatively quickly and relatively inexpensively. The question is, why wouldn’t we want to know that kind of information," Aronoff said.

But air travel is still down because of the pandemic. Just under 865,000 people went through TSA Monday, compared to more than 2 million on the same day last year.

"Initially, it probably will cause some cancellations and delays," said John Morrison, owner of Aquetas Travel.

Morrison says if the change is approved, the big question is how will it be implemented.

"It really just depends on whether the testing that we have available now will be able to keep up with that," he told FOX 35.

There’s a lot of pushback on this plan already.

The CEO of Delta came out against it and a U.S. Representative has introduced a bill to prevent it from happening.