After a grassroots campaign to unseat the second most powerful man in New Jersey, Edward Durr has positioned himself to win the New Jersey District 3 State Senate seat.

LOGAN TWP, N.J. - In the middle of what turned out to be a fiercely contested race for governor in New Jersey, a historic upset has occurred in the state's senate race that would see a humble truck driver who spent only $150 on his primary campaign unseat the longest-tenured legislature in New Jersey history.

"I knew it would be a major upset," Edward Durr told FOX 29's Steve Keeley on Wednesday. Durr is the GOP candidate running opposite of Steve Sweeney in the race for New Jersey District 3 State Senator.

Sweeney’s defeat was unexpected and threw his party’s legislative leadership contest into limbo on Wednesday, when he postponed a meeting set for Thursday. Sweeney had been expected to return as Senate president, but who’ll take over and what margin Democrats will have in the state Legislature is unclear.

Sweeney has served as Senate president since 2010 and was responsible for shepherding Democratic Gov. Phil Murphy’s progressive agenda through the Legislature, including a phased-in $15 an hour minimum wage, paid sick leave and recreational marijuana legalization.

He is also known for his high-profile reversal on opposition to gay marriage. Sweeney said in 2011 that he made the "biggest mistake of my legislative career" when he voted against marriage equality.

Though Sweeney was a fellow-Democrat, he fought Murphy at the start of his administration over raising income taxes on the wealthy and worked closely with Republican Chris Christie during his eight-year term in office ending in 2018.

For instance, Sweeney worked out a deal with Christie to overhaul the public worker pension in which workers gave up cost of living increases in exchange for regular state payments to the retirement fund.

The compact with Christie put Sweeney at odds with public sector unions, who would go on to become key supporters of Murphy.

His feud with the state’s biggest teacher’s union over retirement benefits among other issues led to a 2017 battle in which the New Jersey Education Association spent millions to try to defeat Sweeney against his GOP challenger. The union’s effort failed. 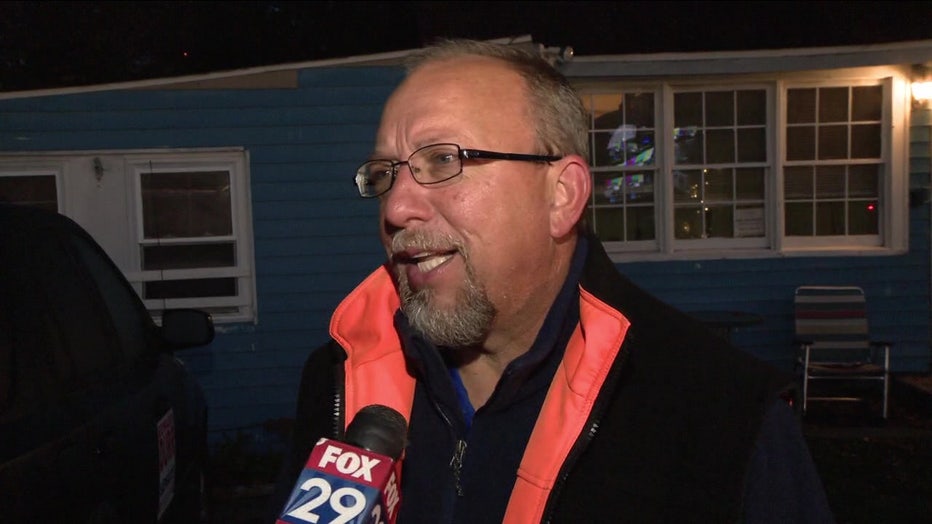 After a grassroots campaign to unseat the second most powerful man in New Jersey, Edward Durr has positioned himself to win the New Jersey District 3 State Senate seat.

"The funny thing is, whenever I went around door-to-door, the first words out of everybody's mouth was ‘Good luck’," Durr said.

Durr, 58, is admittedly "as blue-collar as you're ever going to find." He makes a living as a truck driver for Raymour and Flanigan and lives in a quiet home with his three dogs in rural Logan Township.

"I'm not against lawyers or doctors or business people but that's not what we need, we need people who understand the adverse effects of what's going on in this state," Durr said.

Durr's campaign was fueled by small monetary donations and back pats of encouragement, knowing that he had a steep uphill battle to overcome a New Jersey political figurehead. He told FOX 29 that he wound up spending around $10k on his entire campaign after a $150 primary push.

It wasn't until election night where Durr's political aspirations took a realistic turn.

"I went to bed being told certain numbers and now I'm being told other numbers, they're trying to change things, I really don't know where I stand," Durr said on Wednesday morning.

As of Thursday morning, the race had been called as a Durr victory by the AP, with him tallying up 52% of the vote.