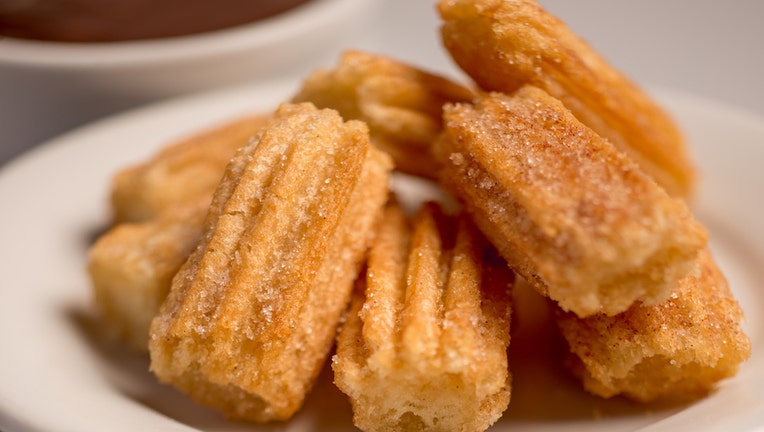 ORLANDO, Fla. - It’s just like being at Disneyland… albeit without the rides, or the shows, or the parades, or the fireworks, or a bunch of other stuff!

With Disneyland and Disney World currently closed amid the ongoing coronavirus health crisis, Disney Parks are still aiming to give fans their fix any way they can. To that end, the parks’ official blog recently shared a recipe for recreating their beloved Disney churros at home, using household ingredients most foodies might already have in their pantries.

“These past few weeks, we’ve seen many of you sharing Disney recipes and creating your very own magical moments right at home,” wrote Alex Dunlap, the food and beverage coordinator for Disney. “Being a BIG fan of Disney Parks snacks myself, this has inspired us to share one of my favorite recipes so you can continue creating #DisneyMagicMoments.”

In addition to the step-by-step recipe for the Disney-inspired “Churro Bites,” the Disney Parks Blog also linked out to a 2018 video demonstration of an identical recipe for “Churro Tots,” which, arguably, is a much better name.

Disney’s churro recipe is just one of the many ways fans are attempting to recreate the magic of the theme parks at home amid self-isolation. Last month, after both Disneyland and Disney World announced they would temporarily be closing in an effort to stem the ongoing health crisis, would-be guests began recreating the experiences of rides at home, with one even going so far as to stage Pirates of the Caribbean in their living room.

Both Disneyland and Disney World temporarily closed on in mid-March amid the ongoing health crisis, along with Disneyland Paris. Other Disney-branded parks across the globe, including Shanghai Disneyland, Hong Kong Disneyland and Toyko Disney Resort, had all previously closed.