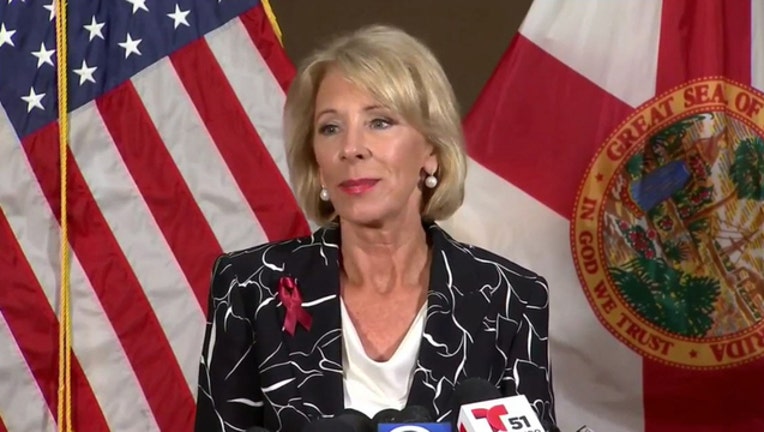 She said some students told her their healing process after the Feb. 14 shooting was a "day-to-day situation." She said their faces lit up when they talked about therapy dogs that have been brought to campus to help them.

After meeting with students, DeVos told reporters that arming some teachers should be considered an option but not a requirement.

As a model, she cited a program in Florida's Polk County where teachers or other employees at two private universities have trained with the sheriff's office so they can carry concealed weapons on campus.