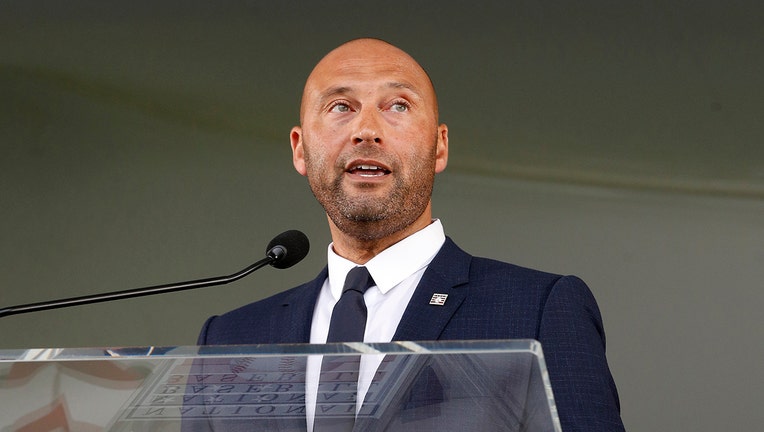 The event on the grounds of the Clark Sports Center in Cooperstown came more than a year after the induction ceremonies were called off because of the coronavirus pandemic.

The four were chosen last year — no new members have been picked since then.

In his induction speech, Jeter pointed to two events in his life that made him realize that baseball is "more than just a game" — meeting Rachel Robinson, the widow of Jackie Robinson, in 1996 and baseball legend Hank Aaron in 1999. He said those meetings showed him that the "Hall of Fame family" was watching.

The former shortstop also paid tribute to his parents, who were a near-constant presence at his games and were, of course, in the audience in Cooperstown on Wednesday.

"Both of you convinced me I could achieve anything if I set my mind to it," he said. "You taught me to prove people wrong. To this day, I remember every time I was doubted. It's what still drives me today." 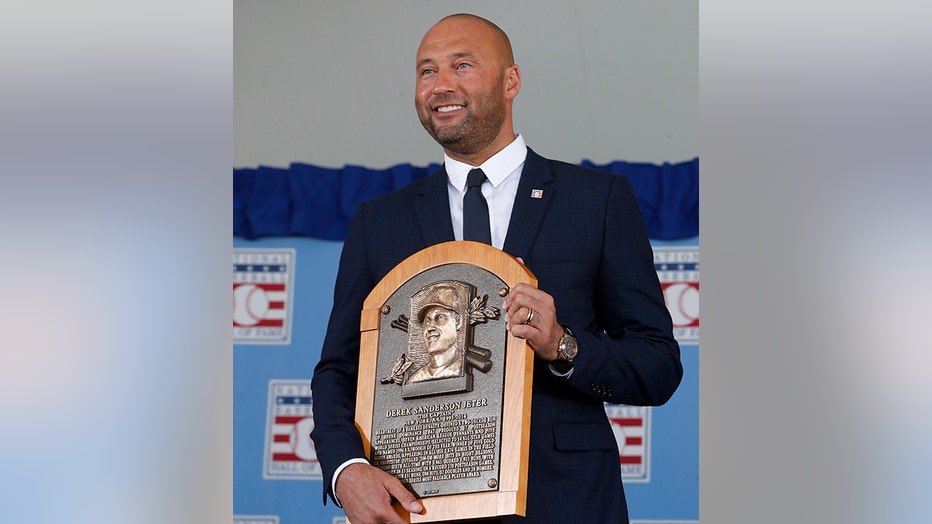 He was born in Pequannock, New Jersey, and raised in Kalamazoo, Mich.

Jeter played no other position other than shortstop during his long career. He finished with 3,465 hits, 1,923 runs, and 4,921 total bases.

The 2021 Induction Ceremony increased the number of overall inductees to 333.

The day after former Yankees shortstop Derek Jeter learned that he will be enshrined in Cooperstown, he appeared at a press conference in New York City to talk about the tremendous honor.