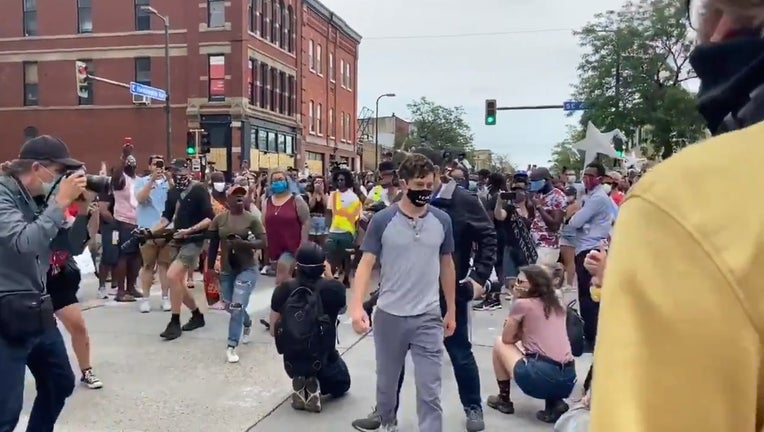 Frey joined a rally in Minneapolis led by a group calling for the Minneapolis Police Department to be defunded after protesters, who were outside the mayor's residence, called for him to speak with the group.

Group calls for Minneapolis Police Department to be defunded during rally

After the death of George Floyd, a group is calling for radical change to the way the city views policing

In a statement to FOX 9, the mayor said he supports significant change within the department following George Floyd's death but didn't support shutting down the department entirely.

When he relayed that message to the crowd, he faced boos.

In a video posted by CTUL, a Twin Cities workers advocacy group taking part in the rally, Frey is seen walking from the protest as the group chants: "Go home Jacob, go home."

Members of the Minneapolis City Council have also called for the police department to be "dismantled" and rebuilt without a clear vision for the future of public safety in Minneapolis. That vision could come Sunday afternoon as some councilmembers will hold a meeting with two groups that support community policing.

Minneapolis Mayor Jacob Frey spoke with FOX 9 about the status of MPD as city leaders push for drastic changes following the death of George Floyd.