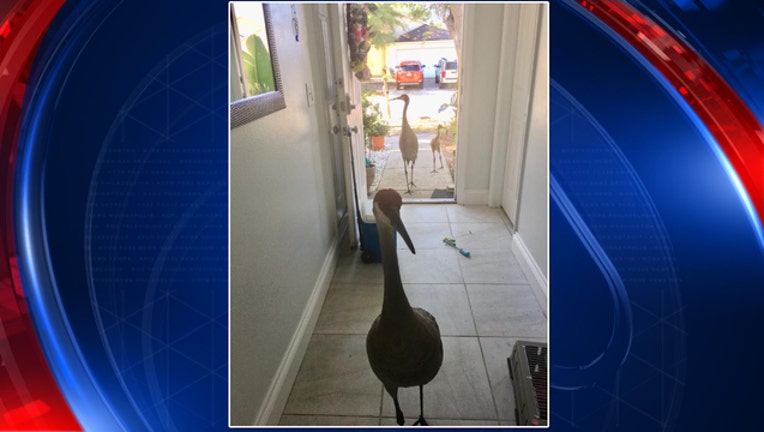 CLERMONT, Fla. - A family of cranes saw the open door as an invite at a home in central Florida.

Christine Coleman snapped a photo after the mother crane made her way into her home in Clermont while the rest of her crane family waited at the door.

"Umm, there's a crane in my house," Coleman captioned her photo on Facebook.

Coleman told FOX 13 the crane family has been coming into her yard since 2013. "Every year they're nice enough to bring their babies to me and teach them to fly in the dried up retention pond out back," she said.

Coleman said on this day she had propped the door open with a cooler to bring in some water cases. She made some tea and walked out into the hallway and there she was, she says.

Coleman said eventually she gently ushered the mother crane out. "They often come inside my garage and in the lanai but never in the house," she said. "Today was a first!"