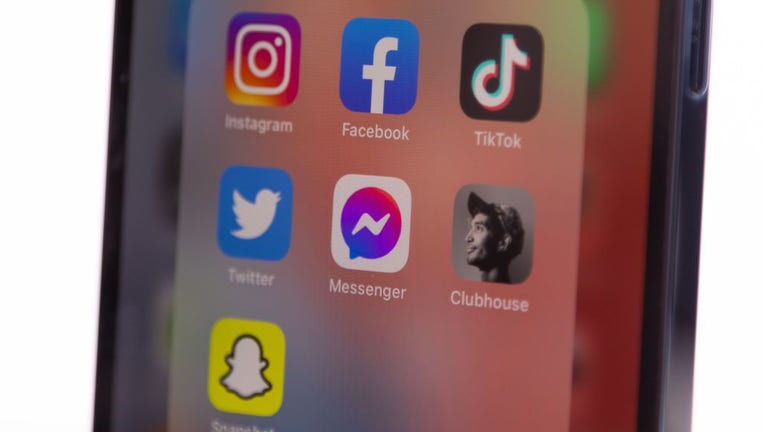 In this photo illustration, the logos of Instagram, Facebook, TikTok, Twitter, Clubhouse, Messenger, and Snapchat on an iPhone are seen on Feb. 10, 2021. (Photo by Katja Knupper/Die Fotowerft/DeFodi Images via Getty Images)

Are you burned out from hours of social media scrolling and need a "digital detox?" A company is looking to pay someone $2,400 to take a break and avoid all screens for 24 hours.

Nearly two in five Americans (39%) have tried staying away from their phone or technology for a set amount of time, according to Reviews.org, which offers reviews of connected home services and products and is hosting a 2022 Digital Detox Challenge.

The Salt Lake City-based company surveyed 1,000 adults about their smartphone usage and found that the average American spends six hours per day looking at their phone. And this starts right in the morning with 71% of Americans saying they check their phones in the first 10 minutes of waking up.

Glance, a lock screen ad group, is preparing to launch across U.S. Android lock screens in the next few months, tech outlet The Verge reports. Glance works like a real-time screen saver, automatically sending content to your phone every time it turns on. iPhone users won’t be seeing Glance, though Apple recently overhauled lock screen programming to allow feature expansion.

Thirty percent of survey respondents said they spend the most time on the Facebook app, followed by 22% on TikTok, and 11% on Instagram, according to Reviews.org.

Smartphones aside, people are also bombarded during the day with computers, watches, tablets, televisions, and more.

This is why Reviews.org is hosting its Digital Detox Challenge for the second year in a row, hoping to award someone with $2,400 and "a day without doom scrolling, bad internet memes, or Zoom fatigue."

The selected candidate will get a safe to store their cell phone and a $250 Amazon gift card to put together a "techless survival kit."

Items in such a kit include a typewriter to replace a laptop, board games to replace video games, an abacus to replace a phone’s calculator tool, stationary in place of texting or emailing, books to replace time spent scrolling on social media, and paint and brushes to "make a self-portrait rather than taking selfies."

What should kids be doing instead of screen time?

Once the person completes the challenge, they’ll receive $2,400 and "bragging rights," Reviews.org said.

RELATED: Kellogg’s will pay you $5,000 to eat cereal for dinner

How does the digital detox challenge work?

The person will be required to disconnect from all personal technology for 24 hours — excluding emergencies. This means no cell phones, television, gaming consoles, computers, smartwatches, or smart home devices like Alexa or robot vacuums, the company said. 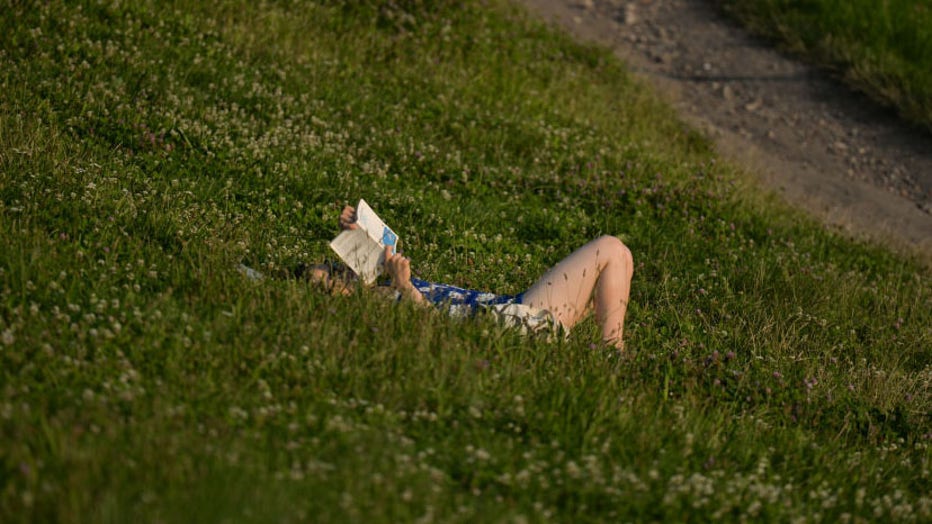 FILE - A woman reads a book while lying on the grass on July 24, 2021, in Krakow, Poland. (Photo by Artur Widak/NurPhoto via Getty Images)

As proof, the person will be required to submit screen time reports after the digital detox to show that they went 24 hours without any technology. They’ll also need to submit a short "post-detox" report about their experience, challenges they faced, how they may have benefited from the detox, and whether they plan to cut down on screens in the future.

"As part of the report, you’ll also be asked to review the low-tech alternatives you used in the absence of your phone, TV, video games, and smart devices," the company said.

Interested U.S. adults should apply by 5 p.m. MT on Sept. 21, 2022. The selected detox challenger will be announced on Reviews.org’s YouTube channel on Sept. 30.