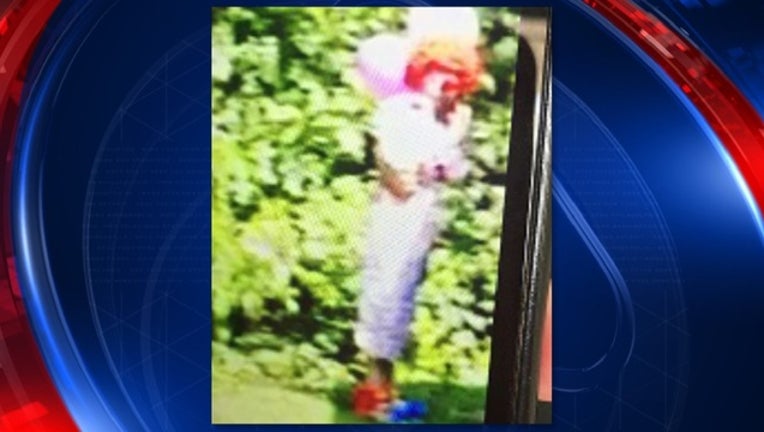 PALM COAST, Fla. (WOFL FOX 35) - The search is on in Flagler County after a woman spots a clown in her backyard and snaps a photo of him.

Deputies responded to a home on Woodlyn Lane in Palm Coast at around 2:42 p.m. Friday.

The woman told investigators that the clown was holding two pink balloons, while also being dressed in all pink.

The clown was also wearing a red wig, red nose and red, white and blue shoes.

A search of some nearby woods, where the clown ran into, turned up nothing.

While deputies spoke to the woman, they also received a call from someone who heard on social media that a clown may have been trying to scare children as they got off their school buses.

As a result, deputies escorted two buses through the neighborhood and made sure all of the children got home safe.

Deputies insist that anyone found wearing clown clothing and disturbing others will be treated as a real threat by investigators.

If you spot something suspicious, even if it appears to be a joke, call 911.