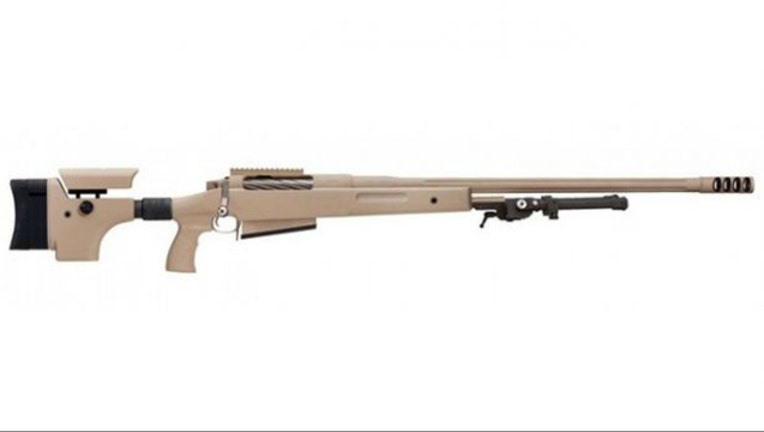 The McMillan TAC-50 is a .50-caliber weapon, and the largest shoulder-fired firearm in existence (McMillan Firearms)

FOX NEWS - A Canadian sniper set what appears to be a record, picking off an ISIS fighter from some 2.2 miles away, and disrupting a potentially deadly operation by the terror group in Iraq.

Shooting experts say the fatal shot at a world-record distance of 11,316 feet underscores how stunningly sophisticated military snipers are becoming. The feat, pulled off by a special forces sniper from Canada’s Joint Task Force 2, smashed the previous distance record for successful sniper shots by some 3,280 feet, a record set by a British sniper.

"The Canadian Special Operations Command can confirm that a member of the Joint Task Force 2 successfully hit a target from 3,540 metres [2.2 miles]," the Canadian military said in a statement.

While officials would not say where the shot took place, the statement noted the command "provides its expertise to Iraqi security forces to detect, identify and defeat Daesh activities from well behind the Iraqi security force front line in Mosul."

The new record was set using a McMillan TAC-50, a .50-caliber weapon and the largest shoulder-fired firearm in existence.

Continue reading this story at FOXNews.com.