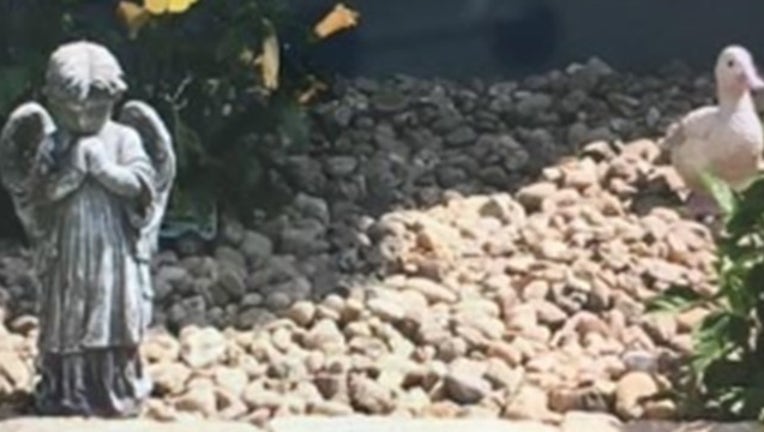 OSCEOLA COUNTY, Fla. (FOX 35 ORLANDO) - A mother in St. Cloud is hoping deputies can track down the person who stole a statue from her home that honored her deceased veteran son.

The Osceola County Sheriff's Office is asking for the public's help tracking down the missing angel statue. It was stolen from a home at 2425 Bronco Dr. sometime between July 15 and July 23.

According to a press release, the victim's home was burglarized and several items were taken including duck statues, flowerpots, and patio furniture. But the most precious item missing is an angel statue, which  was  given  to  the  victim by  the American Veterans Service Organization. The statue was to recognize her son, a veteran who had been involved in helping out other veterans and recently passed away.