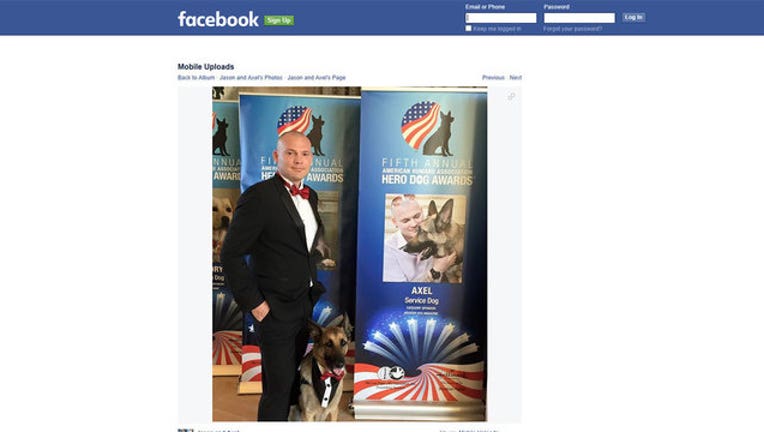 American Airlines has apologized to a wounded vet after preventing his award-winning service dog to board with him on a flight Sunday.

Captain Jason Haag, a former Marine who served tours in Iraq and Afghanistan, was attending a gala for Service Dog of the Year in Los Angeles where his German shepherd, Axel, was awarded the top honor.

The veteran, who suffers from post-traumatic stress disorder (PTSD) and is a recovering alcoholic, was paired with the dog in 2012 through K9s for Warriors, a group that connects disabled veterans with service dogs.

Haag and his wife were scheduled to fly home to Fredericksburg, Va. after the event but as they were boarding, an American Airlines gate agent reportedly pulled him out of the line, told the veteran the flight was full and demanded proof that Axel was a real service dog, reports First Coast News.

“Well I answered all their questioned but didn't provide "paperwork" because 1) it's illegal to ask for and against federal law 2) I don't carry it because I've never had issue 3) I called ahead and everything was fine 4) but I did provide an ID to try and appease them. But to no avail,” Haag posted on his Facebook page.