PINAL COUNTY, Ariz. - An Arizona mother is under arrest after a toxicology report reveals her baby's body was filled with drugs when he died in 2020.

Thirty-year-old Erika Wahab is accused of killing her eight-month-old son in January 2020 after medical examiners reportedly discovered "large amounts of fentanyl in his blood."

Cocaine was also discovered in his body, although cocaine exposure was not the cause of death.

On March 7, investigators with the sheriff's office said on Twitter, "During the investigation, Wahab admitted to using fentanyl pills and cocaine in the house with her boyfriend. She agreed that they created a dangerous environment for the child due to their drug use." 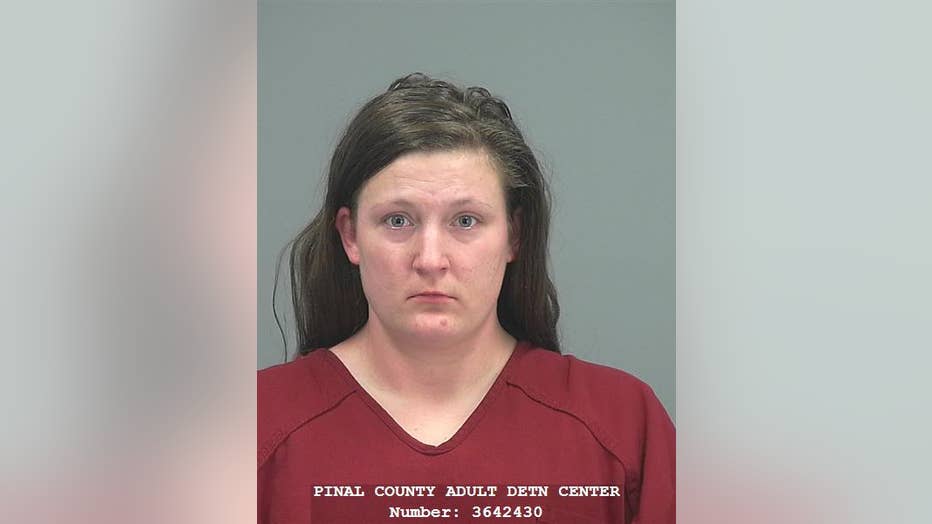 Police say a suspect was killed after being shot by two police officers following a domestic-violence incident in Peoria. According to police, the shooting happened during the late-night hours of March 6 near 91st Avenue and Deer Valley Road when officers responded to reports of a domestic violence incident where a man and woman were screaming.

The shooting happened at 51st Avenue and Baseline Road around 10:15 a.m. on March 2, says Phoenix Police Sgt. Vincent Cole. Investigators say the suspect, identified as 16-year-old Christopher Track, shot and killed 16-year-old Prince Nedd after they got into a fight in the restroom.