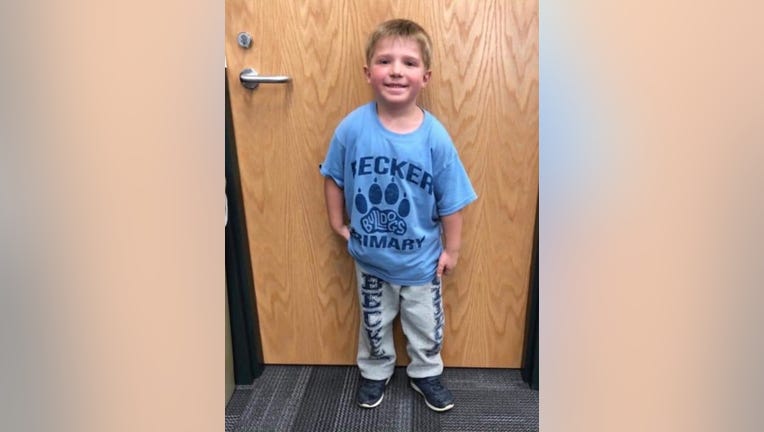 BECKER, Minn. - A 6-year-old boy missing in Minnesota was found safe early Wednesday after a search by hundreds of volunteers and the use of a drone with a thermal camera that helped locate the child in a dark cornfield.

The boy, named Ethan, hadn’t been seen since 4:10 p.m. Tuesday when he got off a school bus with his siblings near Highway 25 in Becker and ran to play with the family dog, according to the Sherburne County Sheriff’s Office. Becker is located about 45 miles (72 kilometers) northwest of Minneapolis.

The sheriff’s office said on its Facebook page that Ethan was found safe with his dog about 1:50 a.m. on Wednesday, about 1.5 miles (2.4 kilometers) from his home. He was brought to a hospital to be checked and was cold but otherwise OK, authorities said. Temperatures in the area were in the low 40s (about 5 degrees Celsius) overnight Tuesday.

One of the more than 600 volunteers who helped search for the boy brought his drone with thermal imaging. The device targeted Ethan and the dog in the cornfield that had already been searched, sheriff’s officials said.

“If not for that drone, I’m not sure we would have found him,” Sherburne County Sheriff Joel Brott said.

WCCO-TV reports the drone pilot, Steve Fines, said that he’d never used a drone in a search operation before.

“It was a moment that was going to make his parents so happy, and vicariously we all felt that,” Fines said.