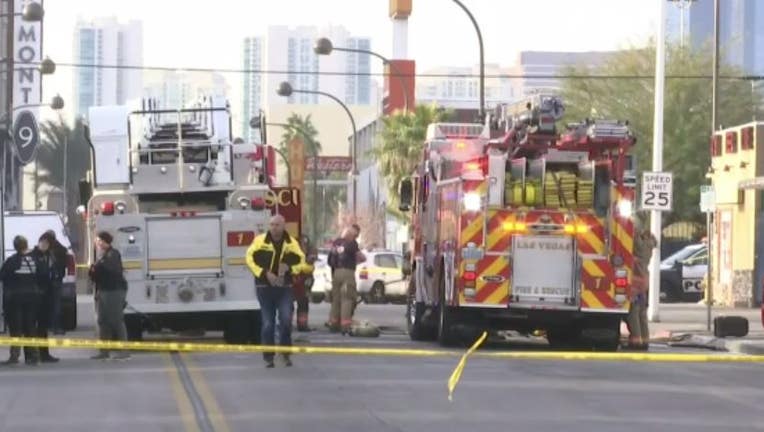 LAS VEGAS (AP) — A fire in a three-story apartment building in downtown Las Vegas where residents were apparently using their stoves for heat killed six people and forced some residents to jump from upper-floor windows to escape the heavy smoke before dawn Saturday, authorities said.

Investigators reported that the fire started around a first-floor unit’s stove and that residents had told them that there was no heat in the building, which sits a few blocks from downtown Las Vegas’ touristy Fremont Street District.

Residents reported awakening to pounding on doors around 4 a.m.

By the time Matthew Sykes got his clothes on to flee, one end of his second-floor hallway was choked with thick black smoke, as was a stairwell, making it impassable for he and his wife.

“The whole place was like one big black cloud of smoke — couldn’t get down the stairs,” Sykes told The Associated Press.

Firefighters arriving at the scene began treating injured and using ladders to rescue numerous people already jumping or hanging from windows, fire department spokesman Tim Szymanski said. “The first thing that you think of is: We’ve got to rescue those people. A fall of 16 feet (4.9 meters) or higher can be fatal.”

Thirteen people were injured, mostly from smoke inhalation, but victims also had fractures, including one with broken legs and possibly a broken back, Szymanski said. It wasn’t immediately known if any of the deaths were from people who jumped from windows. No firefighters were injured. 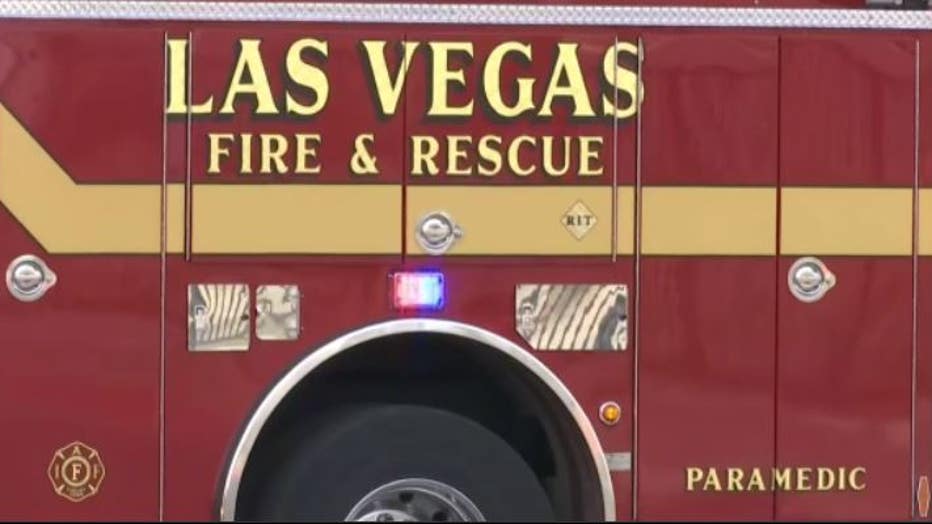 The cause of the fire appeared to be accidental, and the fire was largely contained to the first-floor unit where it started in the stove area, Szymanski said.

Displaced residents told investigators that some had been using their apartment’s stoves for warmth because the building lacked heat, he said. Temperatures overnight have been dipping into the high 30s, according to the National Weather Service. Meteorologist Chris Outler says the low was 40 degrees (4.4 Celsius) early Sunday.

A woman answering the phone at the office of the entity listed as the building’s owner, Las Vegas Dragon Hotel LLC in Las Vegas, told the AP she was told not to comment. She said she would leave a message for Adolfo Orozco, the man listed in state incorporation records as the business’ managing member.

Szymanski said firefighters reported hearing smoke alarms going off, but not fire alarms. The State Fire Marshal’s Office will investigate for code violations, including any involving fire alarms, he said.

Saturday’s fire was possibly the deadliest in the Las Vegas area since 1980, when 87 people died and more than 700 were injured in a fire at the MGM Grand Hotel.

Fire officials said 30 to 35 people were displaced and the Southern Nevada Red Cross said it sent personnel to provide assistance. County records list the building as having 41 units.

Police had taped off the building, the front of which was blackened by smoke.

Sykes said one apartment on the first floor “was literally just fire and smoke coming out of the windows.”

He and his wife eventually got out of the building by making their way to a neighbor’s apartment. There, they joined other residents in climbing one-by-one out of a bedroom window onto an air conditioning unit before dropping about 15 feet (4.57 meters) down to the ground below, Sykes said.

He and his wife helped four adults and four children escape, handing the children down to adults, he said.

Sykes said he heard a smoke alarm go off only after he and his wife were already out in the hallway contending with the smoke.

“I’m telling you, that place is totally not fit for anybody to live,” he said.

The fire department warned the owner then that smoke detectors had to be installed, and they were put in about a month later, he said.

“But after that, this is what happens,” he said. “Now my wife and I, we need to find a place to live. We’re homeless for the time being.”

Sal Moreno, who lives in the apartment building next door, said police banged on his door around 4:30 a.m. and he fled into a street lit up with police cars, ambulances and fire trucks.

He said the building that burned was low-rent, and he’d heard some of the residents were using their ovens to stay warm because they didn’t have heat.

“It’s kind of a rough little neighborhood,” he said.