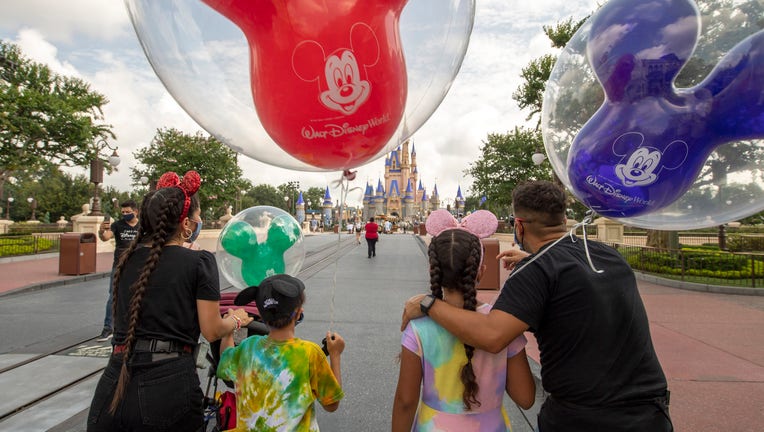 But as California and Florida have adopted different approaches to reopening their economies during the pandemic, Disney has been straddling alternative paths with diverging outcomes. The dichotomy shows the way rules and regulations that vary by jurisdiction are affecting the reopening plans of national and global businesses.

With Disney, standing to be affected are the livelihoods of tens of thousands of workers, as well as local entrepreneurs, cash-strapped municipalities and the health of two well-populated counties.

In California, a deliberately paced reopening plan is frustrating Disney and local lawmakers who feel the state should be moving faster. Disneyland, located in the Orange County, Calif., city of Anaheim, has been closed for more than 200 days. Before the pandemic, the park had been closed only a handful of times during its 65-year history.

The larger Walt Disney World, located in Orange County, Fla., near Orlando, has been open, at limited capacity, for more than two months after resuming operations in July.

Confronting the dueling realities has been vexing for 39-year-old Dara Maleki, who owns pizza restaurants near Disneyland and Disney World. He said sales are down 90% at his Anaheim location compared with 30% in Florida.

California’s government needs to act, said Mr. Maleki. “I want people to come back safely…no one wants an outbreak,” he said. “But we also want an opportunity to survive.”

California had planned to announce guidelines for the theme parks Oct. 2, but efforts fizzled after theme-park operators objected in private to the restrictions in the proposed plan, according to a person familiar with the matter.

The state’s initial draft plan sought to prohibit parks from reopening until counties where they are located reach a minimal spread of the coronavirus, with less than 2% of tests coming back positive. Even then, capacity would be limited to 25% and restricted to visitors who reside within 120 miles, the person also said.

Mr. Newsom addressed Mr. Iger’s departure Wednesday at a media briefing. “There’s disagreements in terms of opening a major theme park,” he said. “We’re going to be led by a health-first framework, and we’re going to be stubborn about it.”

Ambitions to reopen Disneyland had already suffered a setback earlier that week, when Orange County failed to advance to Tier 3, from Tier 2, in California’s four-tier system outlining when and how certain businesses can reopen.

Moving to the third tier would have reflected “moderate” community spread of the coronavirus, compared with the current “substantial.” Tier 3 allows many indoor and outdoor businesses to either reopen or increase capacities.

Two hours after the state announced that the county wasn’t progressing to a new tier, Disney said it was laying off 28,000 workers across its theme-parks division, citing the inability to reopen Disneyland as a factor.

According to a Disney-sponsored study conducted by economists at California State University, Fullerton, the Disneyland Resort in 2018 generated $8.5 billion in economic activity in Southern California and created more than 78,000 jobs.

When Orange County, Calif., fell short of advancing to a less-restrictive tier last week, it posted a positivity rate—the number of positive tests as a proportion of overall tests—that met the World Health Organization’s business-reopening benchmark of 5% or less. But it failed the state-mandated target of daily Covid-19 cases when it registered 4.4 infections per 100,000 people, exceeding California’s threshold for moving to Tier 3. This week the county’s numbers worsened, further delaying any move to a new tier.

In Florida, Republican Gov. Ron DeSantis’s eagerness to reopen his state’s economy—even as the number of new Covid-19 cases rose—paved the way for Disney World to reopen this summer. He was one of the first governors to allow businesses, including theme parks, to reopen following a lockdown that started later than in many other states.

Disney World employs about 77,000 workers in the Orlando area and generates more than $700 million in sales-tax revenue for Florida, according to the state’s chief financial officer.

So far Disney World attendance appears weak. Deutsche Bank analysts who track theme-park traffic recently said attendance at Orlando-area theme parks is about 80% below 2019 levels. Disney doesn’t release data on how much it is limiting capacity.

Mr. DeSantis announced in late September plans to loosen restrictions further on businesses by advancing Florida to Phase 3 of his economic-reopening plan. The move not only allows theme parks to increase capacity but permits restaurants to resume full-capacity operations. He also banned authorities from fining or penalizing people for not wearing masks.

Although Mr. DeSantis’s plan for theme parks cleared the way for Disney to increase capacity at its Orlando-area park as part of Phase 3, the company said it planned to make no changes and would continue to require customers to use face coverings and practice physical distancing.

Mr. DeSantis’s recovery plan for Florida doesn’t use specific numeric targets. It instead calls for a “downward trajectory” in epidemiological criteria to consider further reopening of the economy.

According to data compiled by Johns Hopkins University, Florida is showing a weekly average positivity rate of 10.2%. California currently registers a statewide rate of 2.4%, according to the university.

Florida’s reporting of Covid-19 deaths and other data has been criticized by health professionals and lawmakers.

“It all has been designed to justify opening the economy and in many instances opening it too quickly,” said state Rep. Geraldine Thompson, whose district includes Disney World.

A spokesman for Mr. DeSantis wrote in an email: “The data has driven his decisions from the get go.”

Stan Manousos is happy with Florida’s effort to reopen the economy. But the part-owner of the go-kart track Andretti Indoor Karting & Games—about 7 miles from Disney World—has no immediate plans to increase capacity from its currently reduced level.

“We’re still doing as much social distancing as possible,” Mr. Manousos said. “We want to be part of the solution and not part of the problem.”