Even though NASA is urging people to watch Wednesday's launch from home, many intend to travel to the coast. Local businesses are making preparations for the crowds with emphasis on prevention of the possible spread of coronavirus.

Cheryl and Dave Helfer, of Ocoee, arrived in Port Canaveral mid-day on Tuesday.

“To beat the traffic,” the couple said.

They’re staying with friends who live on the Banana River in Merritt Island, and they’ll be watching the launch from their friends’ backyard.

The Helfer’s say they watched at least 20 space shuttle launches from the coast through the years.

“It’s really exciting. You can feel it, feel the ground rumbling. You can also hear it.  A couple of seconds later you hear the sound. It’s just phenomenal,” Dave said.  “It’ll give you chills. I’ve got them now.”

The co-owner of Fish Lips in Port Canaveral, Rich Hensel, said he's been at capacity during Phase 1 of the state's reopening, but weekdays have been slower. 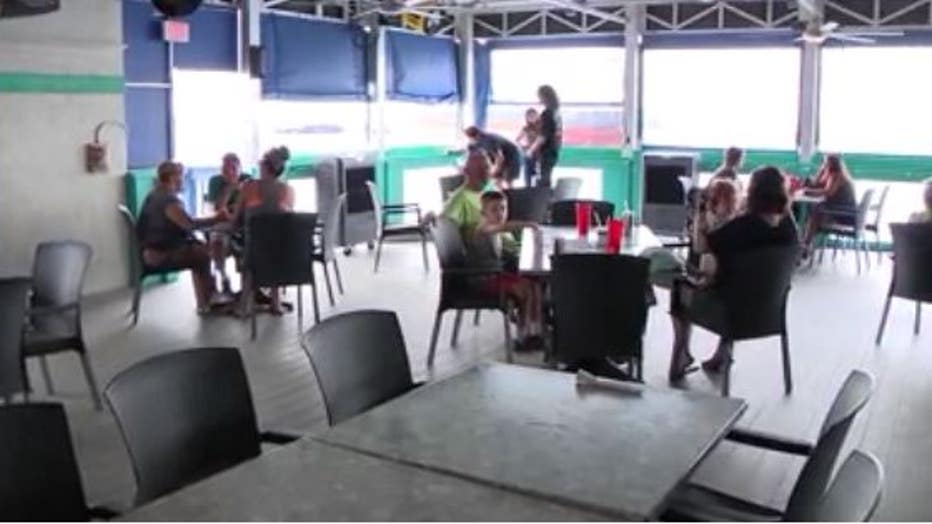 He said he hopes for a boost from the SpaceX launch.

"Getting this on a Wednesday is actually good," Hensel said. It's business we would not have had at the restaurant as well as in town. It helps the economy out. Port Canaveral has taken a huge hit, especially with the cruise ships gone, so it’s going to take some time to re-build."

For Wednesday's launch, Hensel said he's expecting to max out at the government’s mandated half capacity.

He said he's excited for the crowds and for what tomorrow’s launch means for the future.

“We need this as a country, right now, to look forward to. I think the launch is going to be absolutely amazing, and the SpaceX group has done a tremendous job on bringing this back to the United States,” Hensel said.