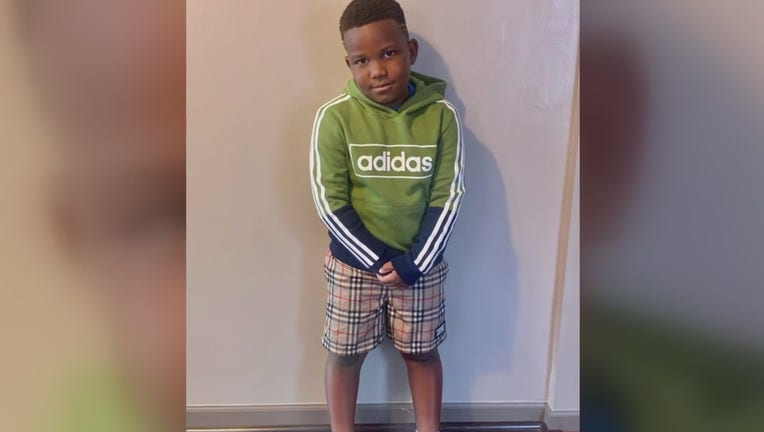 Tairaz, 6, was found shot to death in the basement of a Warren home in an execution-style double murder.

WEST BLOOMFIELD TWP, Mich. (FOX 2) - A person of interest has been taken into custody in West Bloomfield in connection to an execution-style murder of a 6-year-old boy and a woman in Warren last week, sources tell FOX 2.

The search is in relation to the murder of 6-year-old Tai'raz Moore and a woman who police said is the boy's father's girlfriend.

Tai'raz and the woman were both found dead in the basement of a Warren home last week. Police Commissioner Bill Dwyer said they were shot execution-style and said he wanted to get the federal authorities involved in the case so the death penalty could possibly be utilized for the person or persons responsible.

"When you murder of 6-year-old innocent baby, the person or persons responsible deserve the death penalty," Dwyer said Friday morning at a news conference.

The person of interest has not been named.

Sources at the scene said evidence was removed from the West Bloomfield home and the person of interest was taken to the Warren Police Department.

Warren Police, Detroit Police, and federal investigators were all participating in the search at the West Bloomfield home.

The boy's mother, Brittany Thompson, said the killer or killers that they took her life away.

"You took my baby. You took my life," said Thompson. "How you killed him was so disgusting. You have no conscience."

She hasn't slept and can barely speak after so many tears and gut-wrenching pain. Brittany Thompson's 6-year-old son was brutally killed, execution-style.

Stay with FOX 2 for more information as we get it.