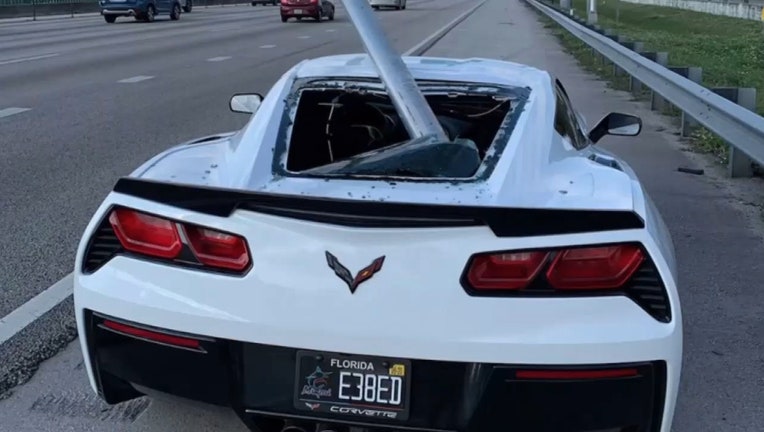 HOLLYWOOD, Fla. - Investigators in South Florida said a road sign ended up lodged in the rear window of a Corvette.

Malcolm, who owns the car, told WSVN it all happened so fast during his drive to the gym from his Hallandale Beach home Tuesday afternoon. During his drive, there was a multi-car accident on Interstate 95.

Florida Highway Patrol troopers suspect the sign, which warns drivers to merge, was already debris on the roadway. Another car hit the sign, sending it airborne, and it became lodged in the back of the Corvette. 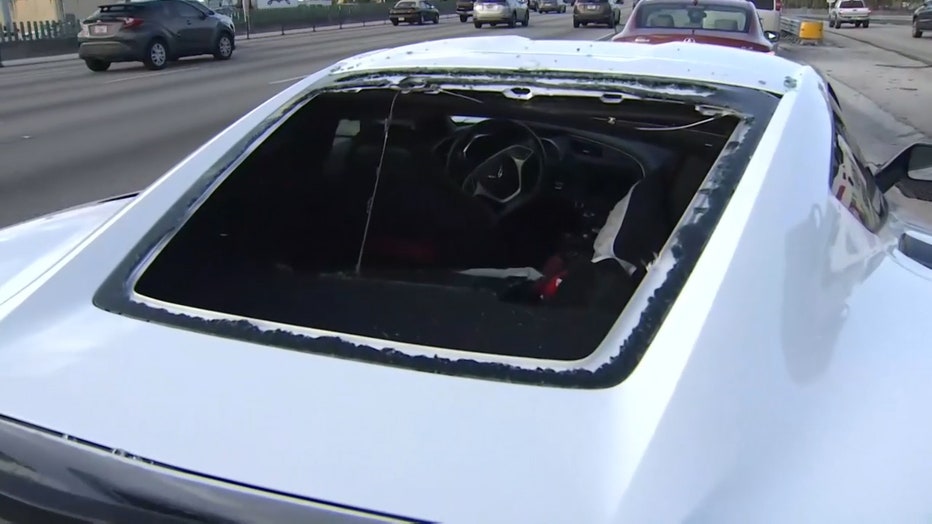 Investigators said between four and five vehicles were involved in the crash.

“I didn’t even see it,” Malcolm said. “It just happened really fast. I thought somebody hit me from behind.”

Malcolm helped troopers remove the sign that had sliced through the back windshield, ending 2019 without his Corvette. 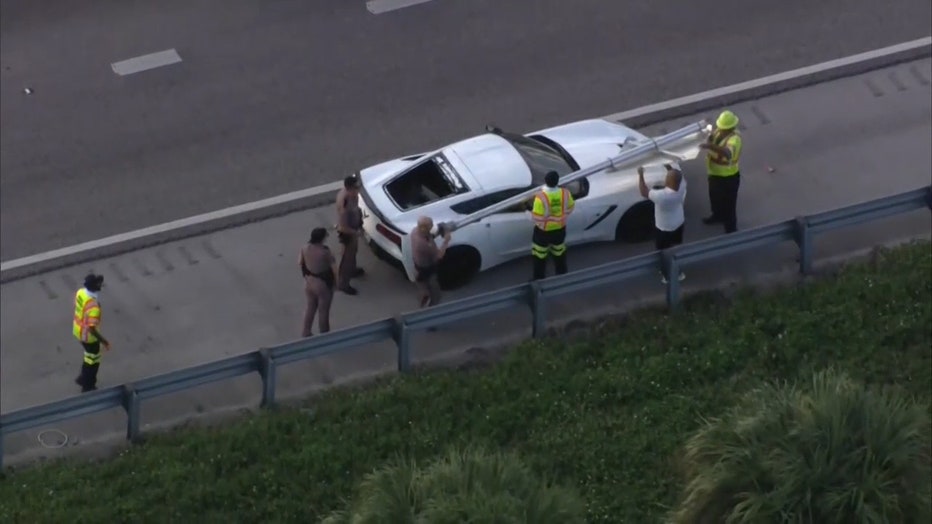 “It was a beautiful car,” he said.

Luckily, no serious injuries were reported.