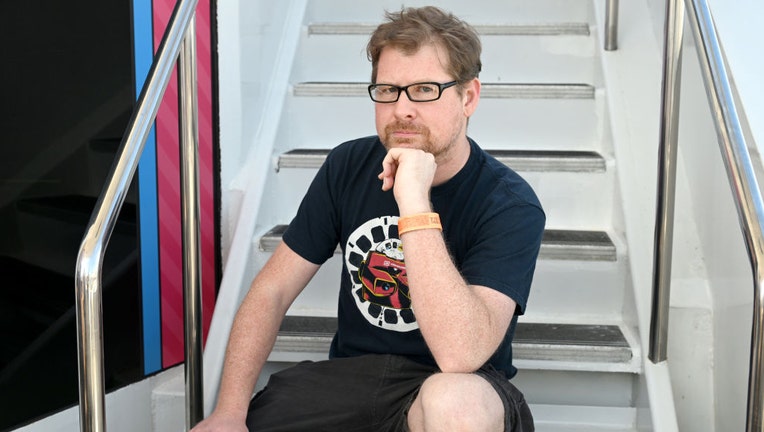 FILE-Justin Roiland visits the #IMDboat At San Diego Comic-Con 2022: Day One on The IMDb Yacht on July 21, 2022 in San Diego, California. (Photo by Michael Kovac/Getty Images for IMDb)

Adult Swim said it has cut ties with "Rick and Morty" creator Justin Roiland, after he was charged with felony domestic violence in Orange County, California.

"Adult Swim has ended its association with Justin Roiland," Adult Swim posted on Twitter Tuesday. "'Rick and Morty' will continue."

The star and co-creator of the animated comedy series appeared in court earlier this month for a pre-trial hearing. He faces charges related to a 2020 incident, according to a criminal complaint obtained by NBC News.

The complaint was filed in May 2020 by the Orange County District Attorney.

Roiland’s attorney confirmed during the hearing there is a plea offer available to Roiland.  A hearing is scheduled for April 27, according to NBC.

Citing records from the Orange County Superior Court, NBC reports that he pleaded not guilty to both charges in October 2020, and a trial date hasn’t been set.

The woman took out a restraining order against Roiland in October 2020 ordering him to turn in any guns in his possession and requiring him not to harass, threaten or surveil her, NBC reports

The California native won an Emmy for "Rick and Morty" in 2020 and a Hollywood Critics Choice Association TV award for the show in 2022, according to NBC.

This story was reported from Washington, D.C. Chris Williams contributed to this report.