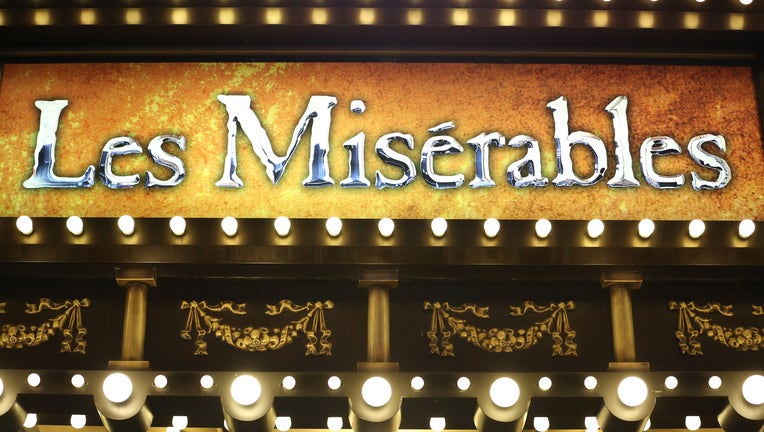 Theatre Marquee for the Broadway Opening Performance of "Les Miserables" at The Imperial Theater in New York City.

CARDIFF, Wales - People attending a production of Les Miserables in the United Kingdom thought an onstage fire was part of the production.

According to tweets made by various members of the audience, one of the actors climbed the barricade with a flaming torch and accidentally set fire to the barricade.

Audience members thought the fire was a part of the production until actors whose characters lay dead on the set began to get up and evacuate.

According to reports by the BBC, officials with the venue where the production took place said the show had to stop for 10 minutes after stagehands put out a small fire.

This story was reproted on from Phoenix.