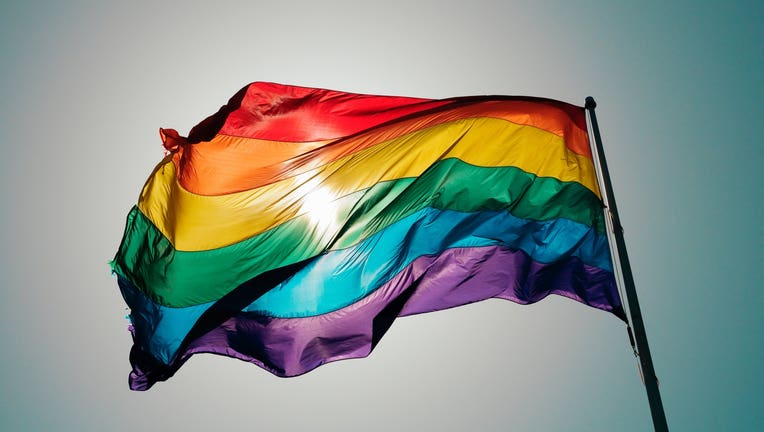 SAN JOSE, Calif. - The LGBTQ+ community’s fight for inclusion has made significant gains over the last few decades.

Now, it’s not uncommon to see the symbol of Pride – a rainbow flag or the colours of the rainbow – prominently displayed. And some critics say that’s creating another problem.

On a sunny day in June, at San Jose police headquarters, the symbol of Pride was raised to full staff on a flagpole outside the building.

"Three years ago, we became the first major police department in the country to raise the rainbow pride flag," said SJPD Chief Anthony Mata during a small ceremony.

While the SJPD may have been cutting edge early on, it’s now one of many entities displaying these colours. From municipalities to corporate America, it’s now kool to promote inclusion.

"I actually came out in 1966 in Australia when there was nothing around and I didn’t even know what it was that I came out about," said Gabrielle Antolovich, board president of the Billy DeFrank LGBTQ+ Community Center in San Jose.

Antolovich, a South Bay advocate for decades, has been part of the Pride Movement since it was in its infancy. She, and others, said a disturbing trend has emerged as the struggle has progressed.

It’s called "Rainbow Washing," the use of the rainbow symbol or its colors by companies and brands to indicate solidarity with Pride, whether their own policies and actions benefit LGBTQ+ people or not.

"Like most dominant cultures, they incorporate movements into their own. You know, capitalism will sell merchandise," said Antolovich.

In the month of Jun., the rainbow flag is seemingly everywhere. Target is selling "Love Wins" T-shirts. Burger King is wrapping its Whopper sandwiches in Pride Flag colored paper. Crocs shoes are selling rainbow clogs. And Chipotle has a Pride menu.

Critics say the problem is that consumers cannot always tell which companies are supporting the LGBTQ+ community, and which are just "rainbow washing."

Asked if many corporations are down for the cause of equality, or down to make more profits, Prof. Angelica Gianchandani said, "You know, I think it depends on which company and which brand is executing."

Gianchandani is a University of New Haven corporate brand marking expert. She said corporate America is using an age-old playbook to monetize the Pride Movement.

"They’re taking ads that they already have, and they’re sticking a rainbow color or emblem on their ad to showcase that they support pride," she said. "When you’re a consumer, you don’t know exactly what’s happening in these companies."

Gianchandani said companies that create inclusion, in imagery and substance – from the lowest workers to the ones with the most power – are places doing more than paying lip service.

Added Antolovich, "Does it really change the underlying issues that created injustice and discrimination?"

Experts say consumers, and those wanting to make a meaningful difference should research companies’ track records before spending on rainbow merchandise. And Corporations would do well to remember, true change is deeper than a symbol or a month-long campaign extolling equality.

The Human Rights Campaign keeps tabs on which companies actually support LGBTQ+ workers and consumers, and which score low on their corporate equity index.