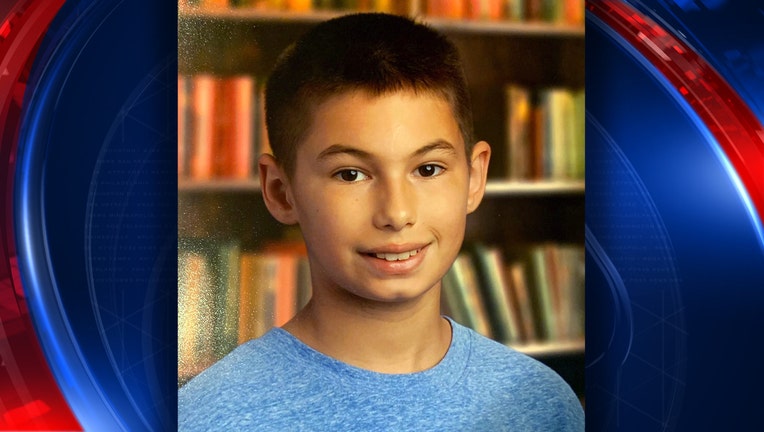 Investigators said Kyle Spicer left his home after getting into an argument with his parents. He was last seen in the area of Culebra Ave around noon on Sunday. Reports from witnesses said he was in the area of River Road and US 41 between 1:30 and 2 p.m.

Kyle has left his home before, according to investigators. North Port police were notified that he was missing around 7 p.m. Sunday.

Authorities said officers searched every possible area for him, while air units with Sarasota County Sheriff's Office searched from above.

Police said he was wearing a blue shirt and blue pants with an orange stripe.

Kyle is 5 feet tall and weighs 85 pounds. He has brown hair and blue eyes.