Artist honors Kobe Bryant, other victims with a statue

Dan Medina found a unique way to pay respect to the legendary Laker and all the victims of the Calabasas helicopter crash.

CALABASAS, Calif. - A statue of Kobe and Gianna Bryant appeared at the site of the helicopter crash that killed the NBA legend, his daughter, and seven others in 2020 on the two-year anniversary of their untimely deaths.

The statue was created by artist Dan Medina and depicts Kobe and his daughter "Gigi" smiling at one another, and includes a plaque with the names of the seven other victims.

On Wednesday, fans visited the statue to pay their respects to the late Lakers legend and the other crash victims. 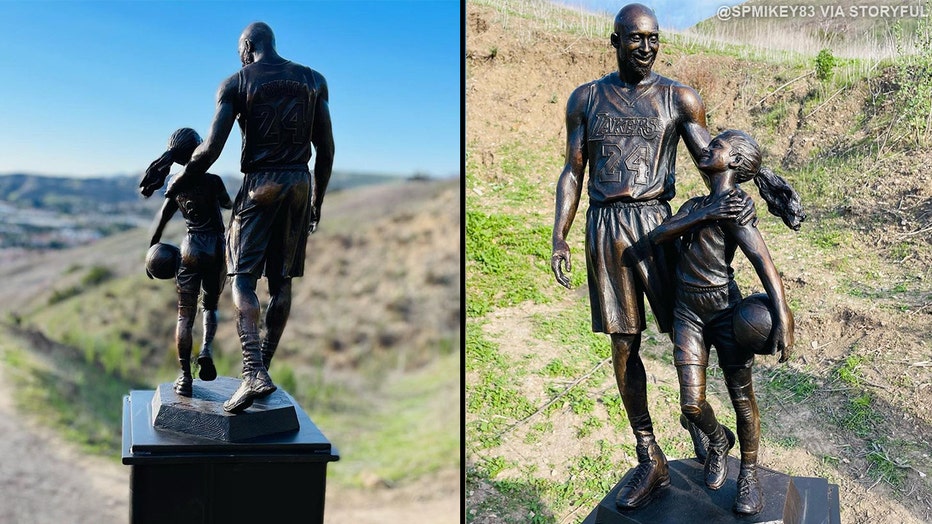 Kobe, 41, and Gianna, 13, were killed the morning of Jan. 26, when the helicopter carrying them and seven others crashed into a mountainside in Calabasas, California, while flying to a girls basketball tournament at his Mamba Sports Academy. Bryant coached Gianna’s team, which was scheduled to play that afternoon. She and two teammates were among the nine people killed.

The other victims were identified as John Altobelli, along with his wife Keri and their daughter Alyssa, Sarah and Payton Chester, youth basketball coach Christina Mauser and pilot Ara Zobayan.