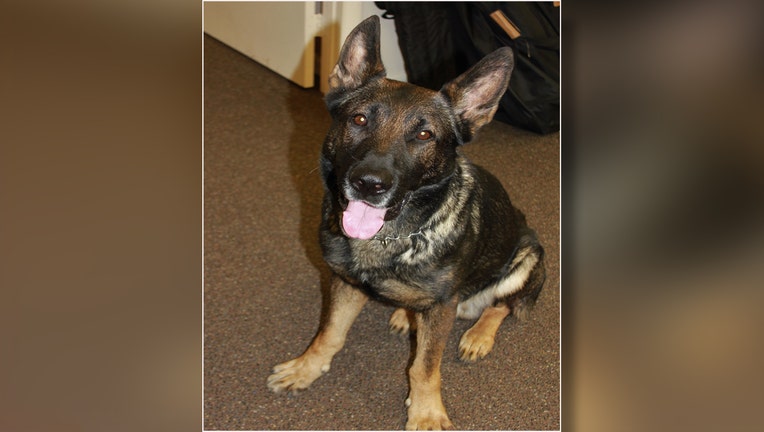 According to the Pasco County Sheriff’s Office, K9 Corporal Tellier was driving on State Road 54 in Wesley Chapel near Saddlebrook when he noticed a stolen car driving eastbound without its lights on. Tellier attempted to stop the vehicle but says it did not stop and turned onto Smith Road near the entrance to Ashley Pines. According to PCSO, immediately after turning, the vehicle went off the road and into a marshy area.

Tellier and his partner K9 Brasko immediately began tracking the subjects he observed fleeing from the crashed vehicle. They found the two teens and took them into custody.

"It is critical to note that in the stolen vehicle featured in this video, two stolen firearms were also found," the sheriff's office said.

The 16-year-old driver was arrested for vehicle theft, fleeing to elude, resisting without violence and carrying a concealed firearm.

The 15-year-old passenger was charged with carrying a concealed firearm, armed auto burglary and resisting arrest without violence.