Chicago was hit by severe flooding on Sunday as a rainstorm pounded the city. This video shows water jetting into the air in the Albany Park neighborhood.

CHICAGO - Crazy video shows water jetting into the air as Chicago was hit by relentless rain and flooding on Sunday, leaving residents unable to leave homes or even drive in some areas.

This video was taken in Albany Park at Harding and Lawrence in the morning.

Streets all over Chicago were so flooded that cars got stuck.

Chicago and surrounding areas are seeing severe weather. There are multiple flood warnings in effect through Sunday. Video courtesy of Joshua Holliday

The rain started on Sunday morning and the storm system pounded Chicago for hours, leaving some residents dealing with flooded homes. 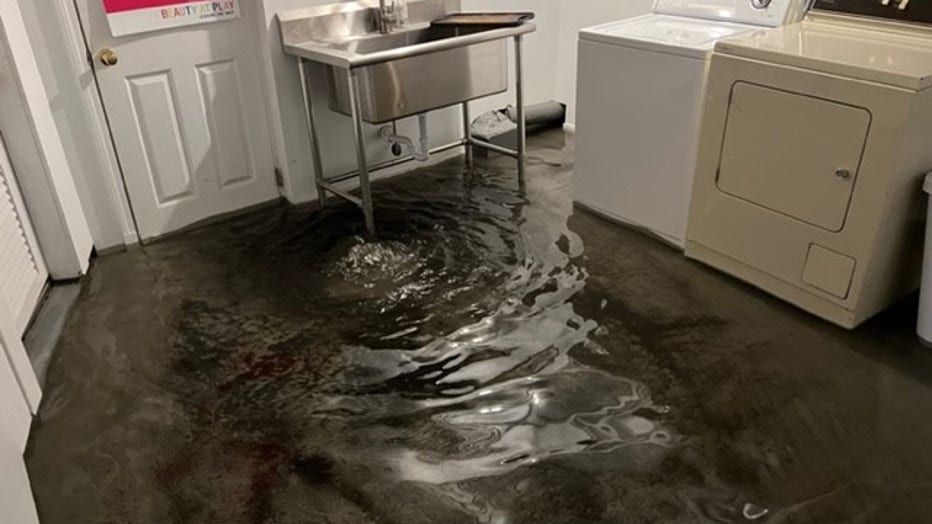 Photos from one home in Lincoln Square showed several inches of water in a bathroom and laundry room in a basement.

The National Weather Service said that the rain was going to continue for several more hours.