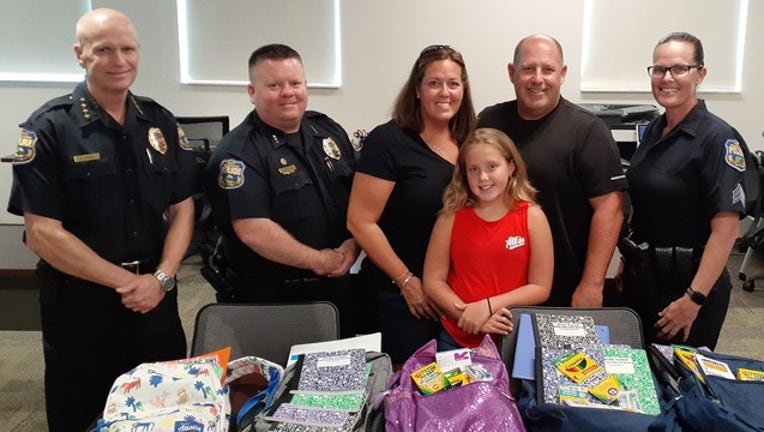 MELBOURNE, Fla. (FOX 35 ORLANDO) - A young girl is using money collected through her lemonade stand to help those in need.

The West Melbourne Police Department says that Kaylee runs a lemonade stand during the summer to raise money to buy school supplies for the less fortunate.

They said that Kaylee collected over $600 this summer.

On Tuesday, Kaylee reportedly visited the West Melbourne Police Department. She brought along a bunch of backpacks filled with school supplies.