The Phoenix Police Department said no arrests were made Monday night in connection to the protests.

PHOENIX - In a moving moment, officers with the Phoenix Police Department made a show of solidarity with protesters marching in honor of George Floyd's death on Monday.

They took a knee.

In response to the display of solidarity, Phoenix Police Chief Jeri Williams said, "Images like these reflect our willingness to listen and work toward solutions."

Monday marked day five of protests in downtown. Hundreds of protesters have been arrested, mainly after violating the week-long, statewide curfew of 8 p.m. to 5 a.m. It's in effect through June 8th.

In a moving moment, officers with the Phoenix Police Department made a show of solidarity with protesters marching in honor of George Floyd's death on Monday.

The identities of the officers who took part in the kneeling are unknown, as of Tuesday. The act of kneeling was met with cheers from the crowd, and the video was widely shared on social media.

The Phoenix Police Department said no arrests were made Monday night in connection to the protests.

Floyd died while in police custody after a Minneapolis officer had his knee on Floyd's neck for several minutes. That officer has since been fired and arrested.

For pastor Terry E. Mackey with the Pilgrim Rest Baptist Church, the kneeling was not a cure-all, but was a step forward.

"So often, there’s a disconnect between people and authority. We, as people here in Phoenix, we want to see police join with us as opposed to lording over you, and I think by him taking that gesture and kneeling down, it did lower the edge, if you will," said Pastor Mackey.

Mackey was encouraged by the peaceful protests - a much different scene from the arrests made in the days before. He was invited to a Governor’s Roundtable over the weekend about the protests, but couldn’t attend. The roundtable is something he’d like to see continue.

"I want to see us move forward, regardless of our skin color, to a better Phoenix, a better Arizona, and that cannot happen until we have more of those meetings with governors and the powers that be," said Pastor Mackey.

For Allen "AP" Powell, founder of HeroZona, the protests are a chance for youth leaders to step up and come to the table.

"This young generation wants results," said Powell. "They’re not waiting. They don’t want to hear about what you think. What you’re gonna do. They want results right now."

For more coverage on the nation's response to the death of Floyd, visit this link. 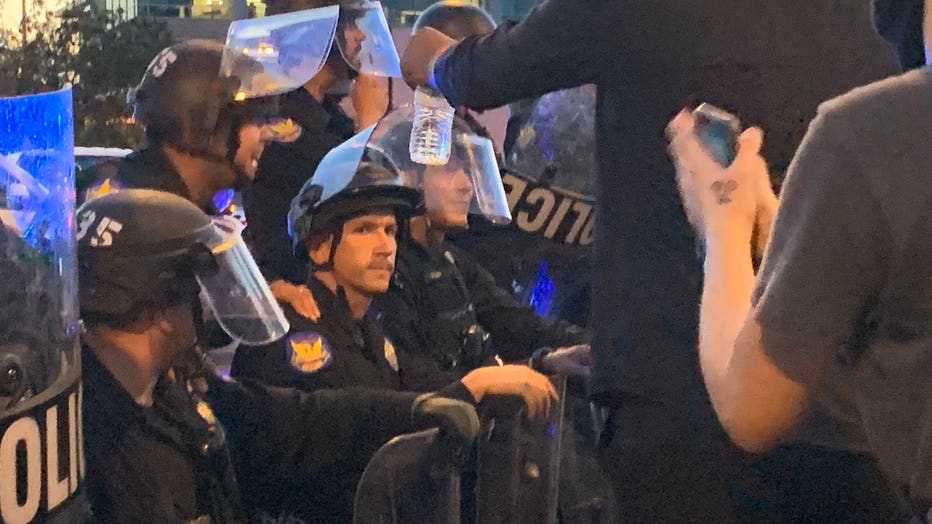