The FTC said fraudsters are targeting young people with cars who may be looking for a quick way to make some extra money.

WASHINGTON - Between gas, maintenance and insurance, owning a car can be expensive. The Federal Trade Commission issued a warning about an emerging scam targeting young people who own cars and may be looking for a quick way to make extra cash.

The agency said fraudsters are scamming college students by posing as a company offering to pay money to drive around with their branding wrapped around the person’s car. 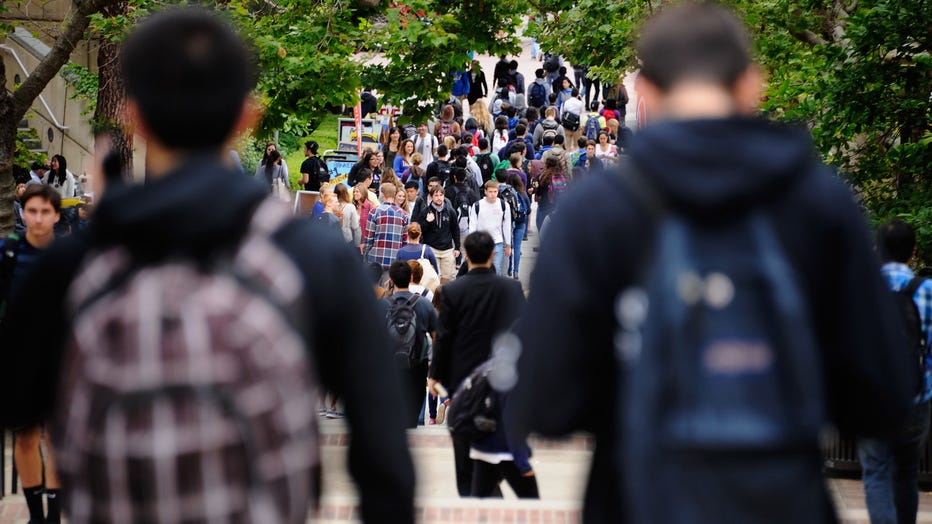 A file image shows students walking across the campus of UCLA in Los Angeles, California. (Photo by Kevork Djansezian/Getty Images)

In the “car wrap scam,” swindlers send emails with messages like “GET PAID TO DRIVE,” according to the FTC. They offer to pay between $250 to $350 per week to drive around with a company’s advertising of a well-known product, or even an event like the 2020 Olympics, plastered around the student’s car.

The scammers mail a fake check to deposit into the student’s bank account, and then say some of the money will need to be used for a “specialist” to put the ads on the car.

“They’ll tell you to pay by money order, Walmart money services, or by making a cash deposit directly into the ‘specialist’s’ bank account – all ways that are hard to cancel or get your money back,” the FTC explained.

It isn’t until their money is gone, and the car wrap never appears, that young people realize they’ve been had. Furthermore, because the deposited check was fake, the bank will take back the amount of the check — leaving the victim out even more money.

The so-called car wrap scam is a version of fake check scams — for which complaints have more than doubled between 2014 and 2017, according to the Better Business Bureau.

The National Consumers League, which receives complaints from fraud victims online, found that fake check scams were the second most common type of complaint, after goods being ordered online but never delivered.

As the FTC states on its website, banks have to make deposited funds available quickly by law, but it might not learn for several days that the check was bad.

“Just because the check has cleared does not mean it is good,” the agency states online.

As a result, the agency warned people to be wary and never send money back to someone who sent a check.