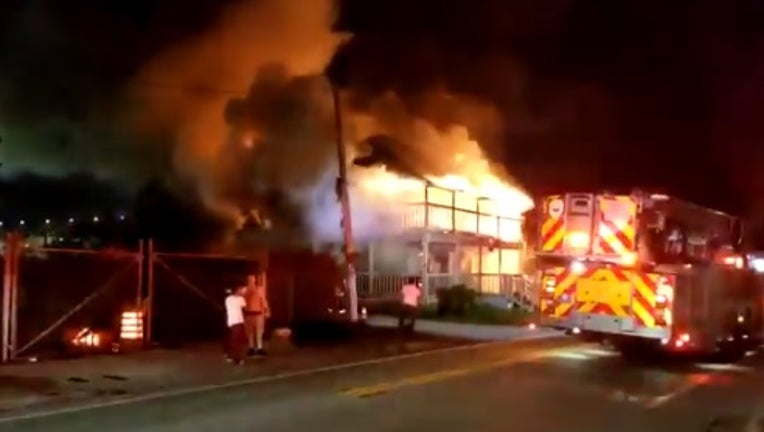 It happened at a two-story home on West Washington Street on Saturday.

A spokeswoman for the Orlando Fire Department says the two burn victims were taken to the hospital as trauma alerts.

She also said that one of those patients is believed to have jumped from the second floor of the home.

Officials for the Red Cross say they are helping five people, including a family of four.