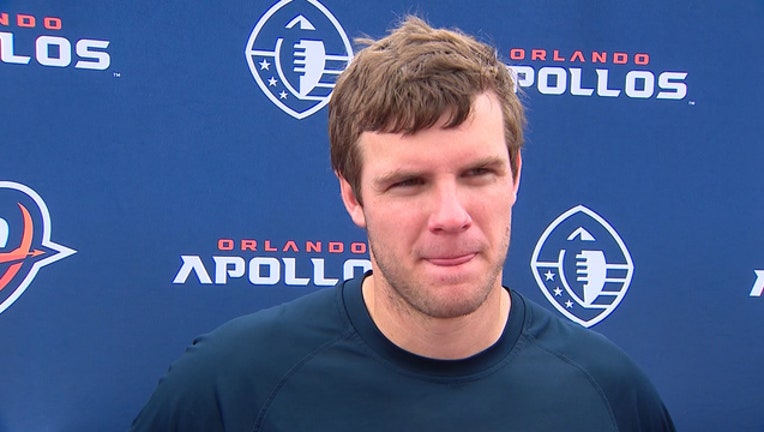 Gilbert will start off as a third option in OTAs and minicamp, but could compete with Drew Stanton for the backup spot to Baker Mayfield. Gilbert and Mayfield both attended Lake Travis High School in Austin, Texas.

In eight games for the Orlando Apollos, Gilbert threw for 1,842 yards with 11 touchdowns, leading Orlando to a 7-1 record.

Gilbert's NFL career was not as successful. He was a 2014 sixth-round pick of the then-St. Louis Rams and spent time with New England, Detroit, Oakland and Carolina, where he played in just one game before being released.