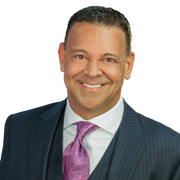 Charles Billi is a veteran and award-winning, Emmy-nominated journalist who has covered some of the biggest stories of the past two decades. He is known for his bold and edgy reporting style.

Charles joins FOX 35 after spending four years as an anchor and reporter at WTSP in Tampa, and 12 years at WSVN-TV, the Fox affiliate in Miami, where he was an evening anchor and reporter. During his time there, Charles was the station's war reporter, covering the wars in Afghanistan and Iraq. He has interviewed many world leaders, including Hillary Clinton, Al Gore, Madeleine Albright, Colin Powell, and Kofi Annan. He was on scene and watched as Elian Gonzalez was taken by the Feds from his Miami home, walked through the destruction of Hurricanes Wilma, Charlie, and Georges, stood at the nation's capitol analyzing multiple State of the Union addresses, and reported live from ground zero just days after 9-11 and during several of its anniversaries.

Prior to Miami, Charles was a reporter for WOIO-TV, the CBS affiliate in Cleveland, and was nominated for an Emmy for his live coverage of the David Duke protest and street riot. His first on-air job was as an evening anchor at WGXA-TV, the Fox affiliate in Macon, Georgia, but started his television career at WTOG-TV as a producer/photographer/editor.

A graduate of USF with a degree in visual communication, Charles likes anything new, hip or edgy. He is fascinated by new technology, including the NASA space program and medical and scientific breakthroughs. He enjoys Bulls football and basketball, road trips in his Jeep, exercise, electronic music, reading, good food and cool people.

Charles is originally from Tampa, and when he's not breaking news here in Orlando, he plans to continue restoring his 100-year-old historic southern bungalow on weekends in Tampa.