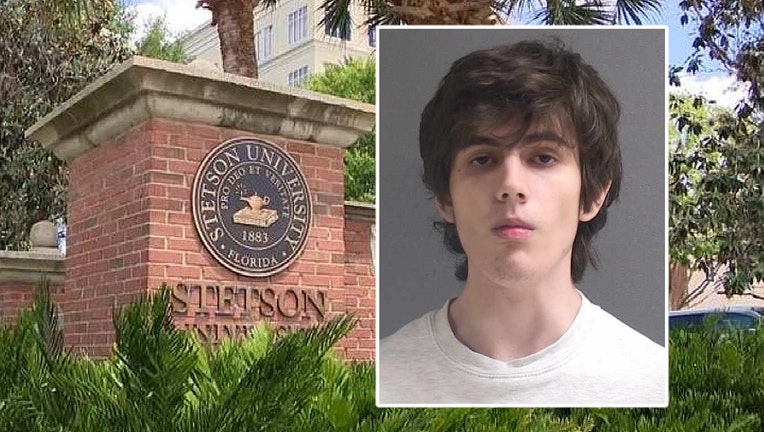 Brian Ghalili, 18, of Daytona Beach Shores, was taken into custody on Friday at his family's residence and charged with one count of a threat to discharge a destructive device.

DELAND, Fla. - A Stetson University student was arrested after authorities said he made threatening comments on social media alluding to setting off explosives at the White House.

Brian Ghalili, 18, of Daytona Beach Shores, was taken into custody on Friday and charged with one count of a threat to discharge a destructive device, which is a felony.

According to an arrest report, another student at Stetson notified law enforcement of a threatening post on Snapchat under the account identified as "ELK1sh" just after 9 a.m. on Friday.

Detectives with the Daytona Beach Shores Police Department said they made contact with Ghalili at his family's residence after he was linked to the social media account with assistance from the FBI and the Joint Terrorism Task Force.

"Ghalili advised the post was a joke and [he] used the coordinates for the ‘shock value,'" the arrest report read. "Ghalili stated at no point was he going to harm anyone."

When detectives asked if there had been any changes in his life recently — as he was known to be a good student with good grades but had missed two days of classes — they said he was unable to provide any additional reasons for the post "other than he has a dark sense of humor."

During the investigation, the United States Secret Service was also notified of the incident, according to the arrest report.