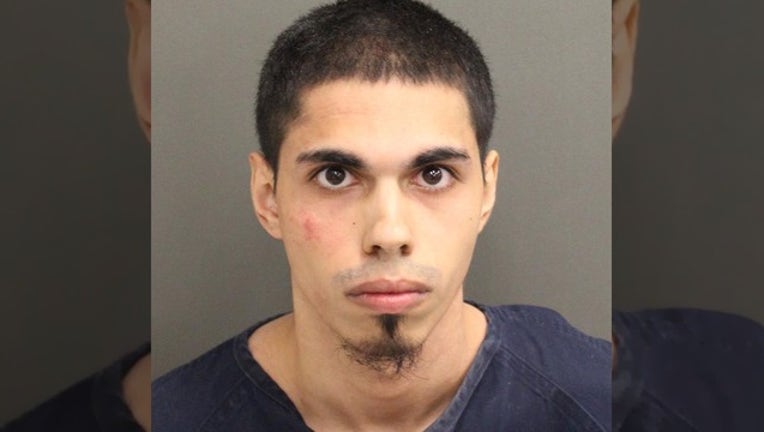 ORLANDO, Fla. (FOX 35 ORLANDO) - A Florida man attacked his grandmother while she drove him to his probation officer, prompting her to call the police.

An arrest affidavit from the Orange County Sheriff's Office said that 22-year-old Daniel Amos Laltoo was on the way to see his probation officer when he began to curse and threaten his grandmother. He hit her several times.

The grandmother reportedly told Laltoo's probation officer what happened. She was instructed to call the police.

On the way home, the arrest affidavit said that Laltoo continued to hit his grandmother. He went on to throw a Gatorade bottle at her head. He beat her until they arrived at home, where she was able to call the police from her room.

A deputy reportedly responded to the scene and secured Laltoo without incident. While in the back of the patrol car, Laltoo kicked the windows and threatened the responding deputy. Laltoo said that he would kill the deputy.

Since Laltoo would not stop kicking the windows, he was removed from the vehicle. He then spit on the responding deputy and a second deputy that arrived to help. He also spit on one of the deputy's computers. A spit mask was placed on him.

While being transported, Laltoo reportedly claimed to kill the driving deputy and his family. He said that he would stab him and shoot him in the neck.

Laltoo faces several charges, including Battery on Person 65 years of age or older, Battery on Law Enforcement Officer, and Resisting Officer with Violence.