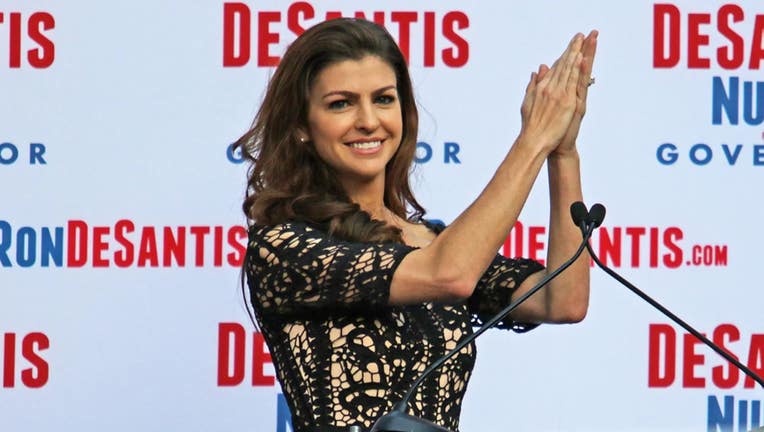 Casey DeSantis greets a crowd of supporters during a rally for her husband, Ron DeSantis, in Boca Raton, Florida, on Nov. 4, 2018. (John McCall/Sun Sentinel/Tribune News Service via Getty Images)

THE VILLAGES, Fla. - Florida first lady Casey DeSantis made an exultant return to the campaign trail Monday evening in support of her husband following a battle with breast cancer.

The first lady of the Sunshine State, accompanied by Gov. Ron DeSantis, made the appearance and offered remarks at a "DeSantis Day" campaign event held at The Villages in Sumter County.

"Governor, I don't know if this sounds very first lady-like, but damn it feels good to be here," she said after being welcomed on stage by her husband. "Let me say this, no matter what you're going through in life, no matter how hard things seem like they are, no matter how hard it feels like you have to pick yourself off the ground, or you feel like your back is against the wall, fight! Fight like hell!"

"Never ever give up, never ever back down," she continued, just weeks after receiving her final radiation treatment. "I am the testament that God is great, that God is good, and hope is alive."

In closing her remarks, DeSantis reflected on a message her father frequently tells her. "Ever since I was little, he would call me on the phone, and he'd say, ‘Casey, have faith and don’t let the bastards win,'" she said.

In a statement to Fox News, Casey said she is "humbled" to return to the campaign trail and is looking forward to telling about Florida's "story of success." 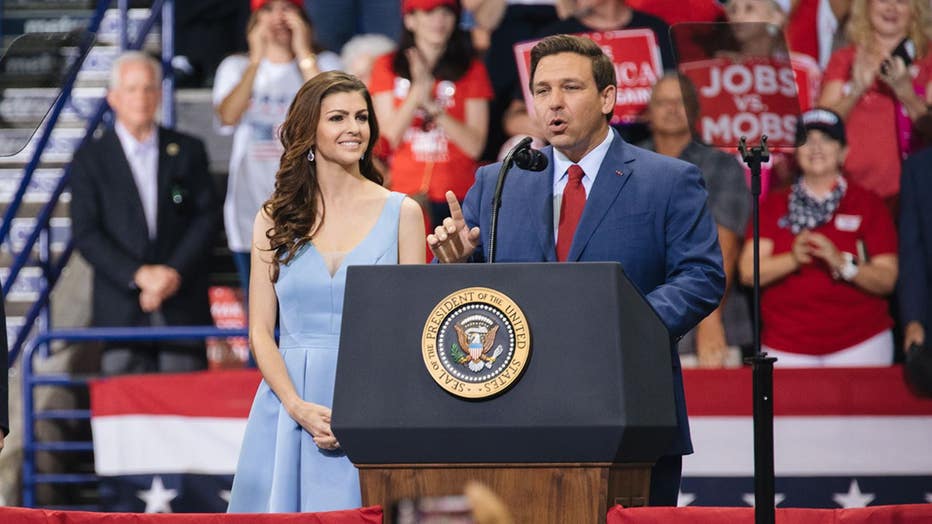 Ron DeSantis speaks as his wife Casey DeSantis looks on during a Trump campaign rally in Estero, Florida, on Wednesday, Oct. 31, 2018. (Jayme Gershen/Bloomberg via Getty Images)

"After six rounds of chemotherapy, a surgery, six weeks of radiation, and most importantly, through God’s grace, I am elated while humbled to be back on the campaign trail fighting for America’s Governor," she said. "I am forever grateful for the prayers from good folks across the country who thought and prayed for me and my family’s well-being, thank you. I pray my story has inspired people to stay strong and never give up hope."

"I look forward to telling Florida’s story of success and why thousands of new residents are flocking to the Sunshine State in the name of Freedom," she added.

Last October, Gov. DeSantis announced that Casey, a former producer and Emmy award-winning television show host for the PGA tour, had been diagnosed with breast cancer. Following five months of treatment, he announced in early March that she was cancer-free. At the end of April, the governor announced that Casey had received her final radiation treatment.

Casey and Ron DeSantis have been married since 2010. Together, they have three children – Madison, Mason, and Mamie. The youngest child, Mamie, was the first baby to be born in the Florida governor's mansion in more than 50 years. 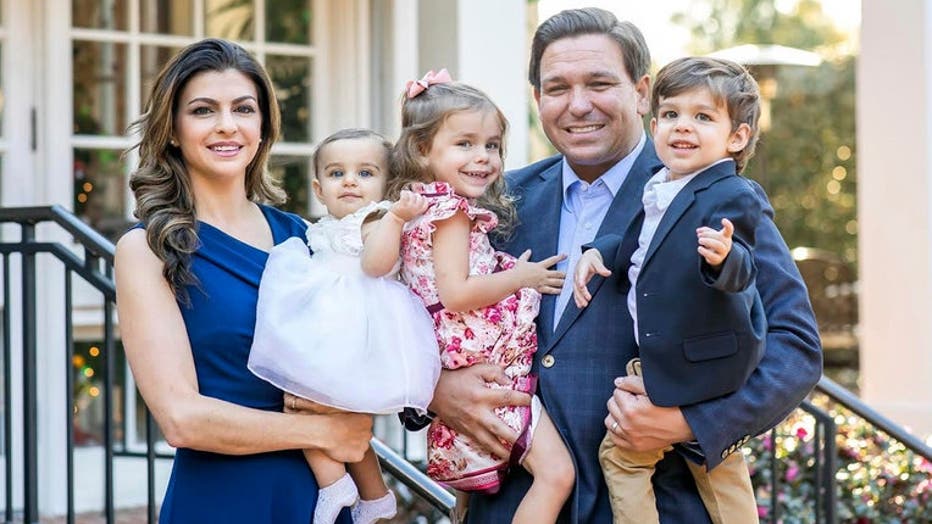 During her tenure as Florida's first lady, DeSantis has launched several major initiatives, including "Hope Florida – A Pathway to Prosperity," which is a family-centered assistance program that is helping more than 25,000 Floridians achieve economic sufficiency. She also introduced the Hope Ambassador program, a network of more than 100 middle and high school clubs in the state, to encourage a campus culture of kindness and empathy through peer-to-peer mentoring and volunteer work in Florida.