A North Carolina grandmother is suing Disney after she arrested last year when park security found a bottle of CBD oil in her possession.

ORLANDO, Fla. - Attorneys announced on Wednesday that they have filed a lawsuit against Disney more than a year after a great-grandmother from North Carolina was arrested at the Magic Kingdom for having CBD oil in her bag.

FOX 35 News broke the story in May of last year.

High-profile civil rights attorney Ben Crump, who is also representing the family of the late George Floyd, said that he has filed a lawsuit on behalf of Hester Burkhalter.

Burkhalter, 69, was handcuffed and hauled to jail after security officers at Disney found a bottle of CBD oil in her bag. She said she was on a trip with her adopted children when it happened.

The attorneys have filed the lawsuit more than a year after the incident happened.

“I have really bad arthritis in my legs, arms, and my shoulder, and I use it for the pain because it helps,” Burkhalter explained in an interview with FOX 35 in 2019. She was thrown in jail on a felony for 12 hours but the charge was later dropped. 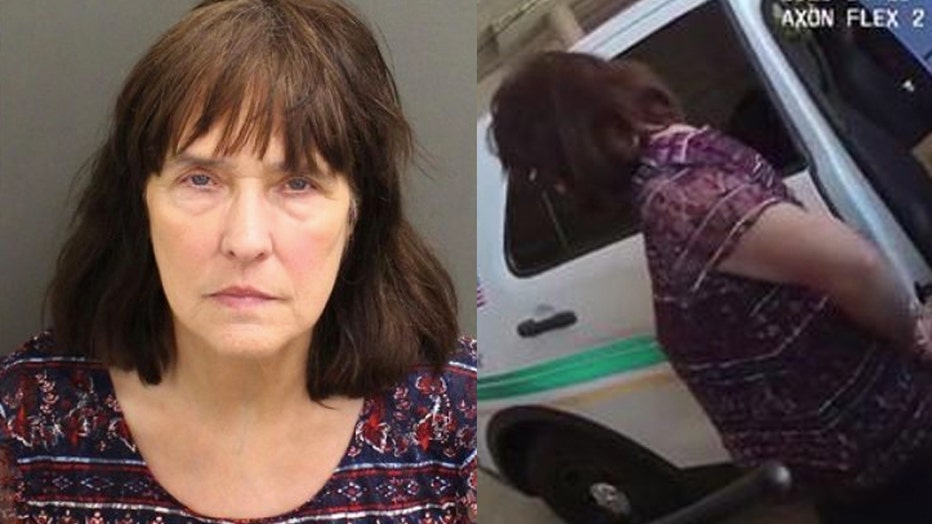 Weeks after the incident, Crump held a news conference in Orlando with Burkhalter’s family, threatening to sue. At the time, the attorneys claimed illegal detention, false arrest, and a violation of her civil rights.

“If they want to avoid further legal ramifications over this horrific incident, they need to take ownership, sit down with this family and try to repair the harm,” Crump said last year.

Crump’s team announced on Wednesday that they are moving forward with legal action against Disney.  The law firm said Burkhalter, “was wrongfully arrested and taken into custody at Walt Disney World in Orlando, Florida, for possessing federally legal CBD oil.”

"Disney’s stated mission is to make everyone’s dreams come true. Instead, they turned a harmless grandmother’s expensive Disney vacation into a nightmare by treating her like a criminal with the full participation of the Orange County Sheriff’s Office," the law team said. "We have given Disney and Orange County several chances to own their mistakes and make this right. The arrogance, complacency and lack of corporate responsibility demonstrated by these organizations demand correction and justice.”

In a virtual news conference on Wednesday, both Crump and Burkhalter spoke.

"She was treated like a common criminal because she had medical issues but still wanted to take her [children] for a lifelong dream that they have saved for two years. They came from North Carolina to try to fulfill the wishes of their young [children] and these loving grandparents were humiliated," Crump explained. "Disney World lacks two things: common sense and common decency in how they treat people. It is entirely outrageous that Disney World would discriminate against people who have medical conditions that don't respond to common pain relievers."

She also detailed that she had a panic attack in a patrol car and stepped outside of it to vomit. She asked for an ambulance but was told to just get back inside the patrol car. Even after being released, she was banned from returning to Disney property. So, her husband said that he had to leave her and their kids at a McDonalds while he gathered their belongings from the resort that they were staying at. The trespass against has since been lifted.

At the time of her arrest, CBD oil was considered illegal under state statute. That has since changed in Florida.

Disney has not responded to our request for comment.